Right in time with the lockdown amid the CoVID-19 pandemic, we propose two essential books that tell the stories of two classic BMW icons which helped the brand gain its popularity and worldwide success: the 507 roadster and the 2002 two-door sedan. We talked about the late ’50s BMW crisis in a previous article from […]


Right in time with the lockdown amid the CoVID-19 pandemic, we propose two essential books that tell the stories of two classic BMW icons which helped the brand gain its popularity and worldwide success: the 507 roadster and the 2002 two-door sedan.

We talked about the late ’50s BMW crisis in a previous article from December 2019. The 1950 – 1959 decade was really a tormented period for most companies in the post-war Germany and BMW too faced significant adverse challenges.

Back then, BMW was producing high-end luxury cars which sadly did not live up to desired expectations in terms of sales success: the 501 limousine, the 502 V8-powered derivative, the 503 2+2 gran turismo and the 507 roadster.

These models were also known as the “Baroque Angels” (Barockengel in German). While being produced in a limited series due to restrictions in the assembly capacity and providing the necessary profit margin, the “Baroque Angels” are an example of painful failures amidst the crisis time, but nevertheless they were always considered true BMW icons.

From 1955, BMW had also produced the Isetta bubble car, but taking into account the fact it cost almost 15 times less than the 507, for example, it simply did not bring in the needed profitability for the Bavarian company.

The geopolitical situation in the post-war Germany was equally unsecured and complicated. The once BMW-owned factory in Eisenach, in the Thuringia region (which was under Soviet occupation after WWII) had been nationalized in 1952 in typical bolshevik fashion.

As Thuringia was now part of the East German Republic, the communist government took over the control of the factory and renamed it to VEB Automobilwerk Eisenach (basically meaning State-owned Eisenach Motor Company). The products of the company had already been marketed as EMW (standing for Eisenacher Motorenwerk, which was founded as entity in 1945) and the logo was a variation of the BMW roundel, in the sense that the blue colour was replaced by red, another signature Soviet motif.

The BMW/EMW affair is also interesting from the point of view of the almost identical nameplates, differentiated by a single letter and the full meaning of the abbreviation: Bayerische Motoren Werke as opposed to Eisenacher Motorenwerk. 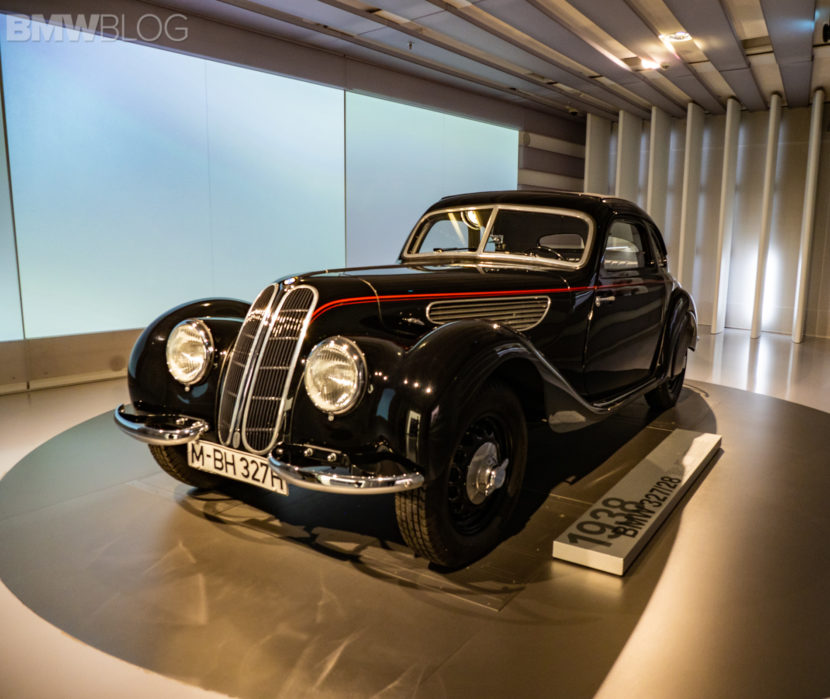 Later on, beginning with 1956, the EMW brand was renamed to Wartburg, after the name of the hallmark citadel that guarded the city of Eisenach. It is worth mentioning that between 1945 and 1951, BMW did not produce cars in the Munich factory, but in the Soviet-controlled Eisenach factory. 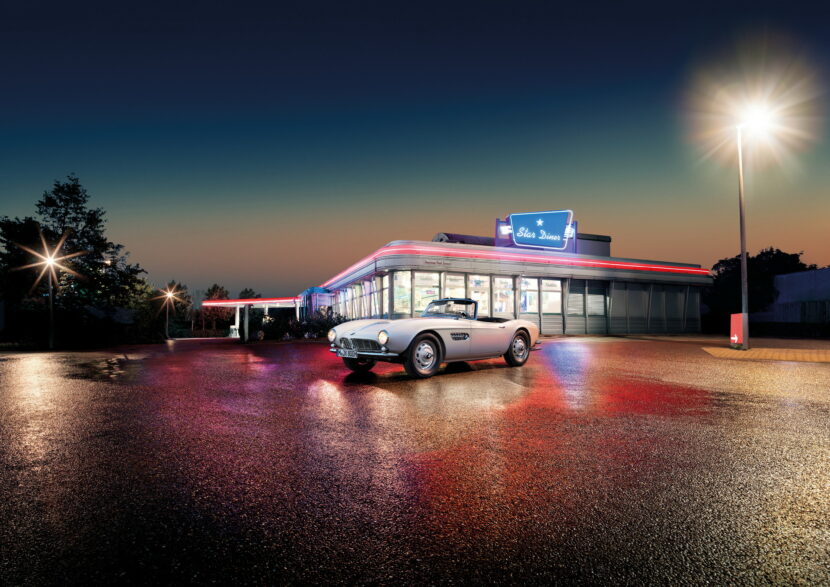 Now, fast-forward to the 1959, when BMW was almost on the verge of financial bankruptcy. After the intense 10-hour meeting of the BMW shareholders, the takeover offer from Daimler eventually expired and was thus refused. The Bavarian company entered under the control of the Quandt family and a process of brand rejuvenation and complete rehaul of the vehicle lineup began under the helm of Herbert Quandt.

The BMW 700 is considered to be one of the first pillars to pave the way towards the successful modern BMW brand, together with the advent of the BMW Neue Klasse models in 1962, which comprised the 1500, 1600, 1800 and 2000 sedans, together with the -02 two-door sedan derivatives. 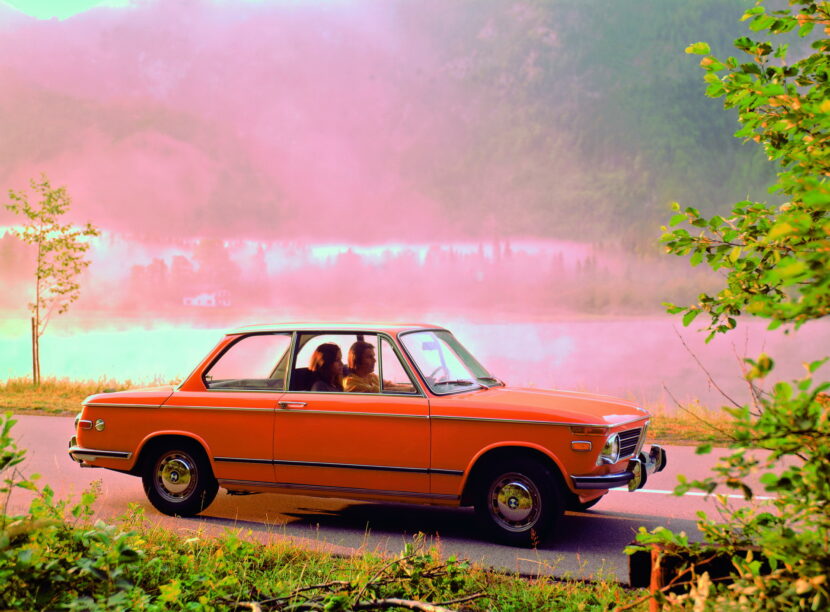 Inspired by Alex Seremet (Corporate Communication Manager at BMW Group Romania), I’m bringing you some book recommendations featuring two iconic BMWs that describe highly opposite eras: the 507 roadster and the 2002. While the first was never a sales success but eventually became probably the most famous BMW model, the latter is a symbol of the powerful brand transformation that BMW went through beginning with the early ’60s. 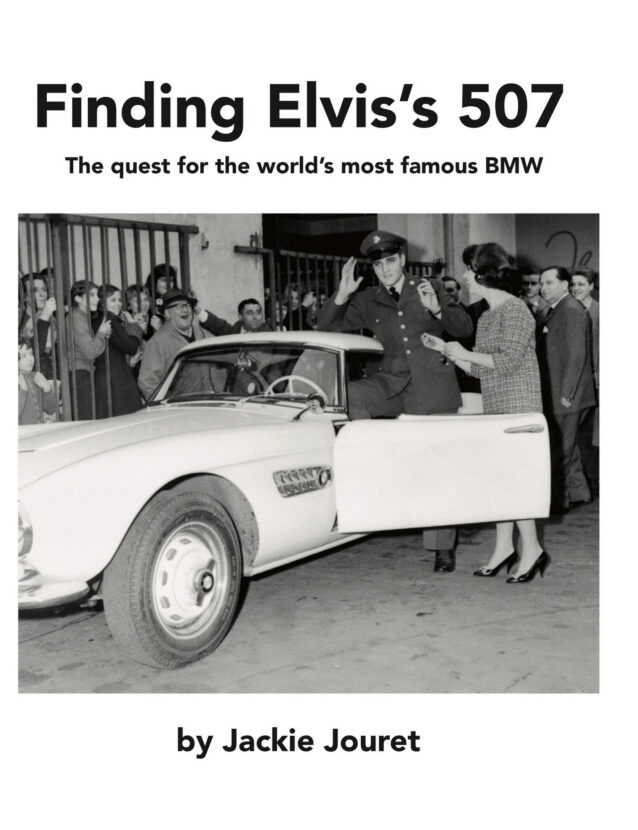 The title of the first book is “Finding Elvis’s 507: The quest for the world’s most famous BMW”. It is written by American journalist Jackie Jouret, a passionate writer who had also previously covered several other interesting BMW topics and stories in books such as “The ICON: 50 Years of the 2002” and “Heroes of Bavaria, 75 years of BMW Motorsport”.

The above-mentioned essential book for this lockdown period speaks about the journalist’s efforts to uncover and bring back to life the mind-blowing 507 roadster model that was ones owned by the rock’n’roll star Elvis Presley. The fully restored BMW 507 was unveiled back in 2016 at the Pebble Beach Concours d’Elegance.

The second title that I recommend is, as well, signed by Jackie Jouret. Called “The BMW 2002: The real story behind the legend”, the book speaks about the immense popularity of the 2002 model and the journey from daring vision to complete sales success and cult car.

You can also listen to our podcast with Jackie where she teases some paragraphs from her books.

So, #stayhome, #staysafe and enjoy your reading!

next7 Ways You Can Prepare for Success In Challenging Times