Amazfit announced its GTR 2 and GTS 2 just last month and now an FCC listing is revealing the first set of details on another set of Huami devices – the GTR 2e and GTS 2e. Going by the names, we figure these could be versions of the regular models for the Indian market as the GTR 2 and GTS 2 are currently exclusive to Europe and the US.

The listings show the GTS 2e with model number A2021 while the GTR 2e is A2023. Both watches are stated to get onboard Wi-Fi connectivity and similar designs to their regular counterparts. 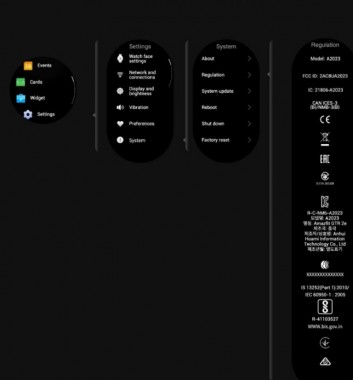 The GTS 2e has a rectangular-shaped display while the GTR 2e comes with a more classic circular form. We’re hoping to hear more about the new GTS 2e and GTR 2e models soon.

We recently published out Amazfit GTR2 review which you can go check out in the meantime.

previousFreewell VND kit review: Why do you need filters for the Mavic Air 2?

nextSocial media promised to connect us, but left us isolated, scared and tribal