Apple came up with some major upgrades in software back at WWDC 2020. And today, all of those updates were finally launched as products. No, we didn’t get a new iPhone yet, but the two great product lineups launched were no less either. Introducing the new Apple Watch Series 6 with a blood oxygen sensor […]


Apple came up with some major upgrades in software back at WWDC 2020. And today, all of those updates were finally launched as products. No, we didn’t get a new iPhone yet, but the two great product lineups launched were no less either. Introducing the new Apple Watch Series 6 with a blood oxygen sensor and Apple’s most advanced line of iPads ever made.

Tim Cook took the stage once again. And we expected more products. This time, Apple gave us some great upgraded versions of the Apple Watch and iPad. No, the iPhone is not here yet, but you can still be excited because these two products are totally worth a buy.

Starting with the new Apple Watch Series 6 with a blood oxygen sensor, Apple announced some of the best iPad advancements ever made. It was overall an event entirely focused on the new-gen requirements in tech. Even for those who are into Apple yet, the entire lineup with its software updates and service plans will make you want to switch. Let’s take a detailed look at everything that was announced.

Apple Watch has been helping people take more control over their lives. Whether it’s used to track your heart rate or as a daily smart helper, Apple Watch has been doing what it promises in the best way possible. This year, the watchOS 7 is taking this one step further with sleep tracking, handwashing, and VO2 max measuring. Just like every year, the new Apple Watch Series 6 takes it up a notch with a smarter design and display.

– This new Apple Watch is more colorful than ever.

– It will come in some amazing colors such as Blue with an Aluminum Case, Gold, Gray, and bright Red.

– It’s a great new tool for your overall well-being because it has a new health sensor that can measure your blood oxygen right from your wrist. You can take this measurement in just 15 seconds. 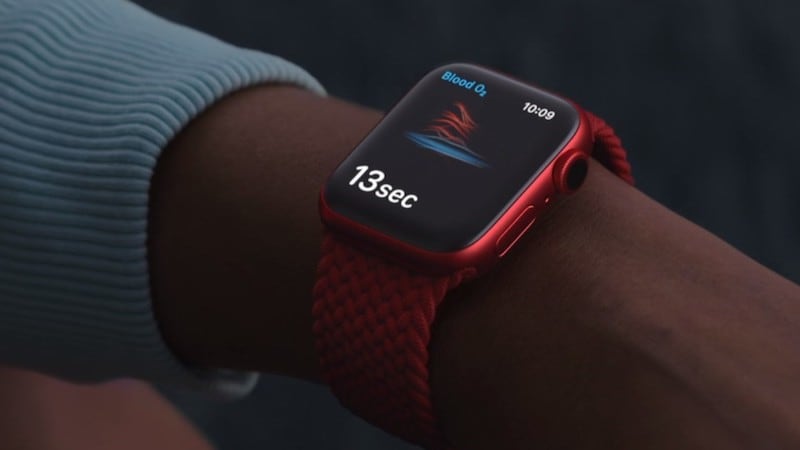 – If you wear your Apple Watch to bed, it can actually track your measurements in the background and record all of it in the Health App.

– Apple Silicon S6 chip has a purpose-built design for the Apple Watch, inspired by the Bionic chip of the iPhone 11 optimized for Apple Watch. 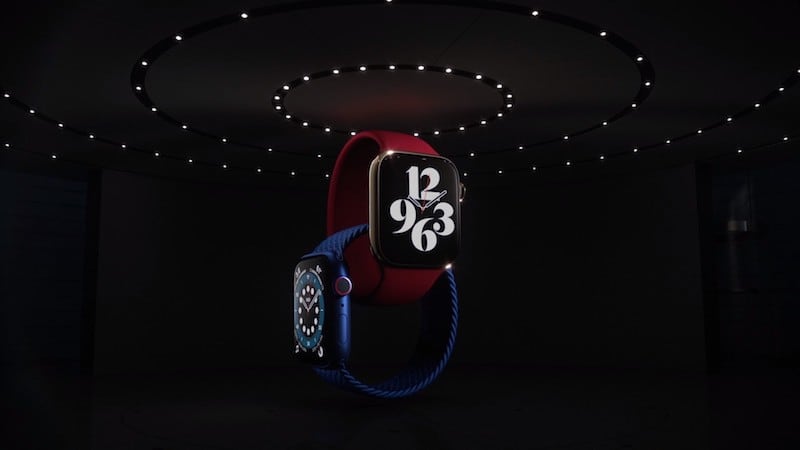 – Thanks to the S6 chip, the display is two and a half times brighter when you are outdoors, without needing to wake up. 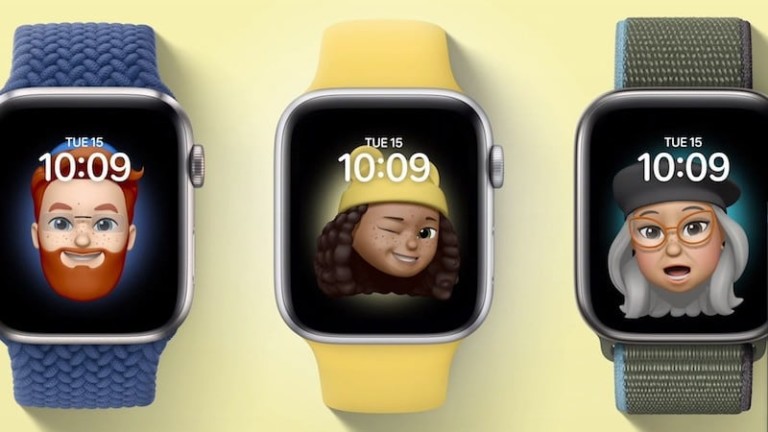 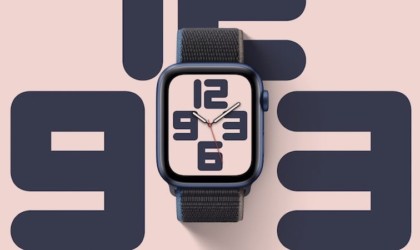 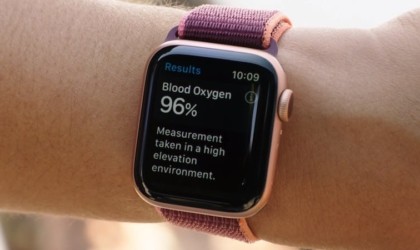 – There are Watch Faces catered to specific professions such as surfing, photography, and healthcare.

– The Solo Loop is the new interchangeable strap that is flexible and waterproof. It’s available in seven colors.

– The new Apple Watch comes with Family Setup so you can set up an Apple Watch for those who don’t have an iPhone.

– There’s also a School Time mode for kids to ensure they are not distracted during school or study hours.

– This Watch starts at $399, with orders starting today.

– It has everything you need to stay connected and keep track of your health.

– It uses the S5 chip for up to 2x faster performance than Series 3. 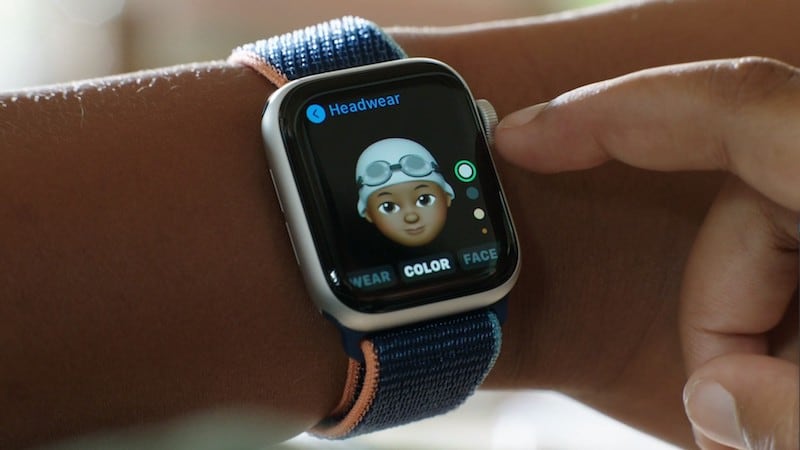 – It’s got the same fitness and features—such as fall detection as the Series 6.

– This Watch starts for $279, with orders starting today.

All Apple Watches are carbon neutral, like every Apple product, to reduce their carbon footprint by 35%. In fact, Apple says that it will be 100% carbon neutral by 2030. The Series 6 uses 100% recycled tungsten in the Taptic Engine. Apple Watch is also free of BFR, PVC, Beryllium, and Mercury. The USB power adapter is being removed from the Apple Watch Series 6. 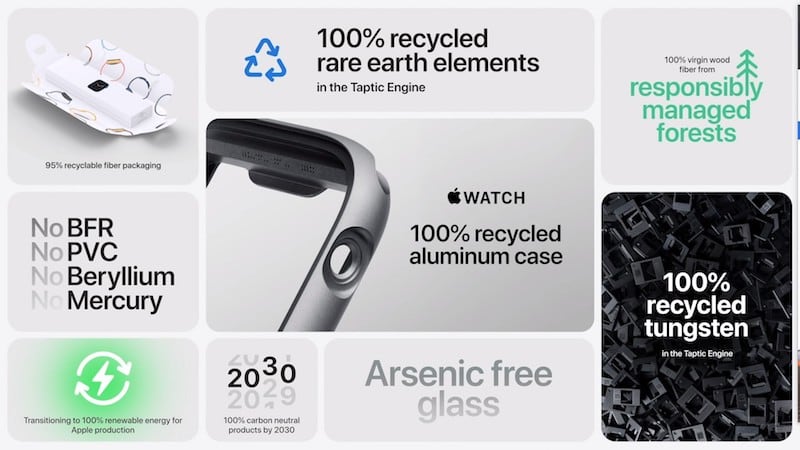 A new service by Apple to keep you fit right from your Apple Watch. With Fitness+, you simply choose the workout you want to do from your iPhone, iPad, or Apple TV. 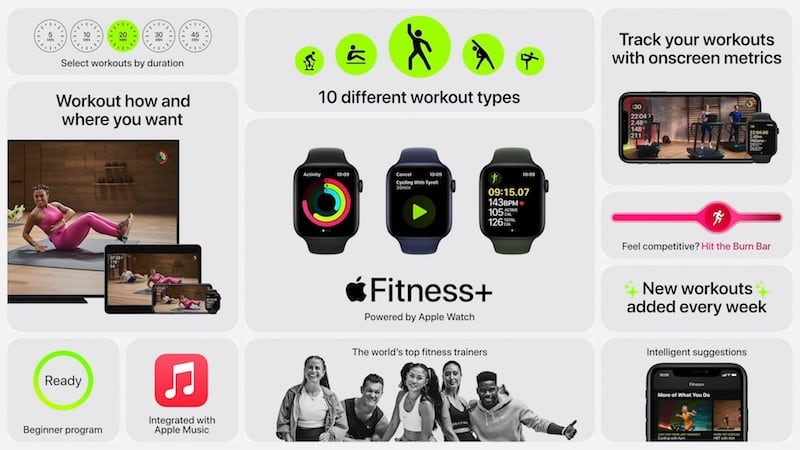 As soon as you start your workout video, the Watch starts automatically and tracks your data along the way. When the workout is over, you get a comprehensive summary. It’s launching with the most popular workout types.

You’ll get fresh new workouts every week from the Apple Fitness+ team. 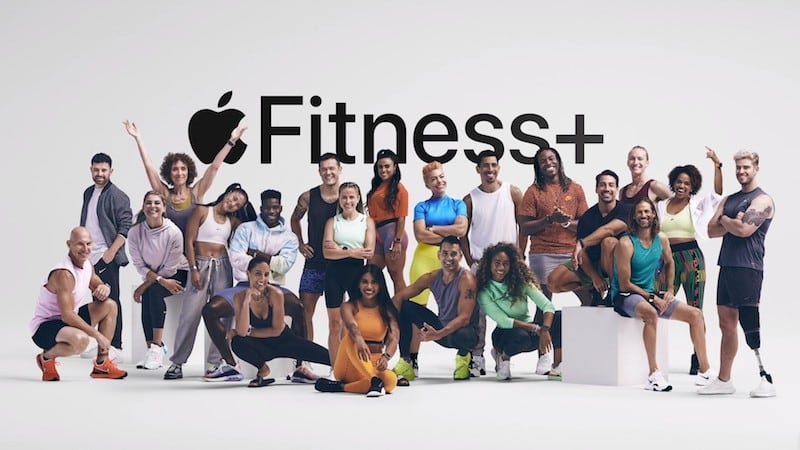 It includes all of your Apple services, listed below, at once. 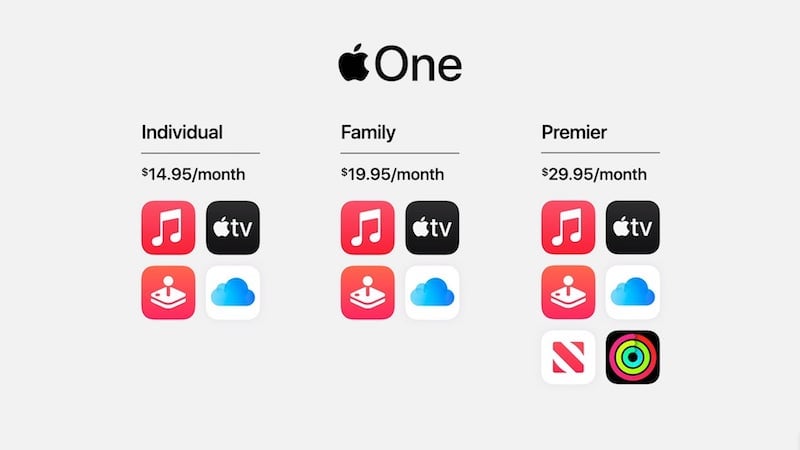 Apple iPad has been helping users combine work and play at the same time. It’s been a handy device for working on the go as well as studying and so much more. Today, Apple launched a new line of Apple iPad starting with the 8th Generation. 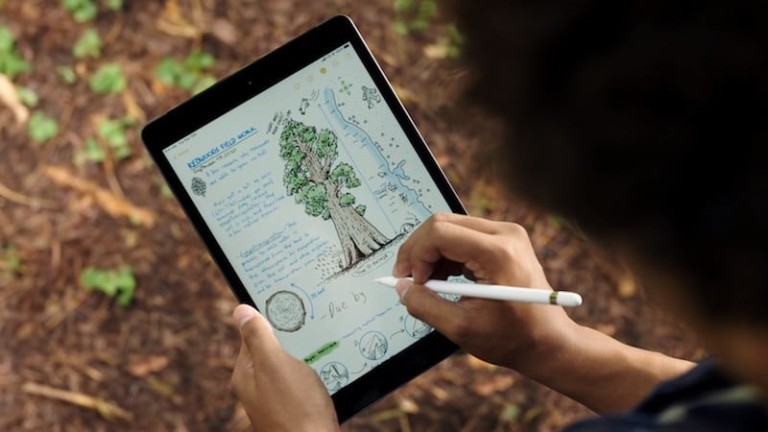 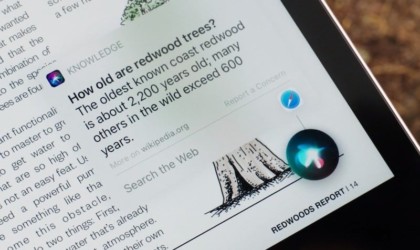 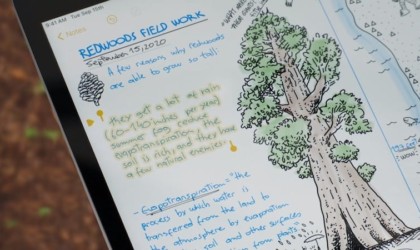 – It has a 40% faster CPU and 2x faster graphics (for high-resolution content or gaming). 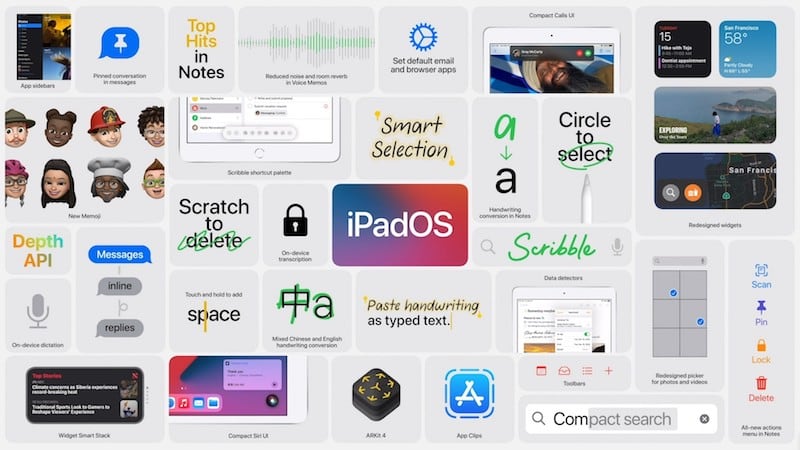 iPadOS 14 at a glance

– It can process up to five trillion operations per second with the A12 bionic chip.

– It works with a full-size touch keyboard and those from Logitech. 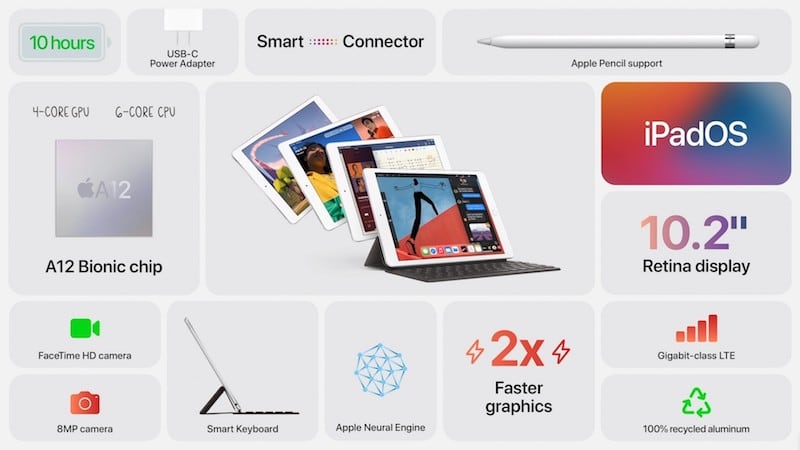 – It also works with the Apple Pencil to make taking notes so much easier.

– It features a beautiful all-screen display with a precisely machined top button.

– Its new colors include Rose Gold, Green, and more.

– The next-generation Touch ID is integrated into the top button.

– It comes with a small fingerprint sensor and a sapphire crystal lens.

– The new iPad Air will use a five-nanometer chip with 11.8 billion transistors in the A14.

– The iPad comes with a new GPU as well. 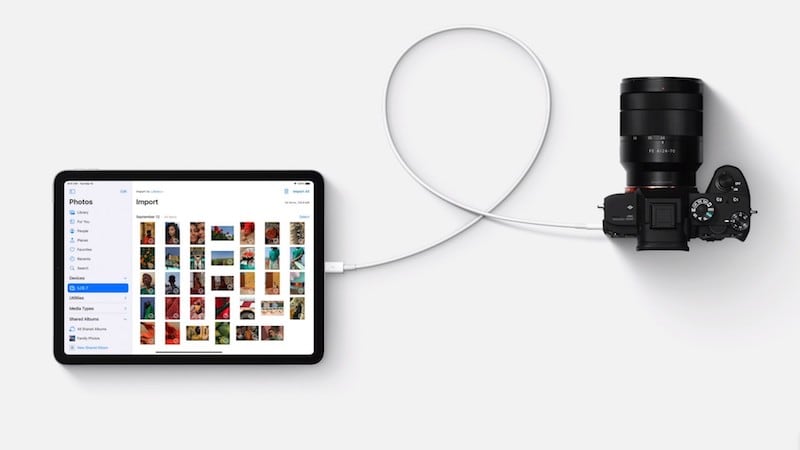 – The front camera is 7MP for high-quality video calls.

– The back has a 12MP camera, like the iPad Pro, for enhanced pictures and videos.

– The speaker system will give you stereo audio while watching movies or sports. 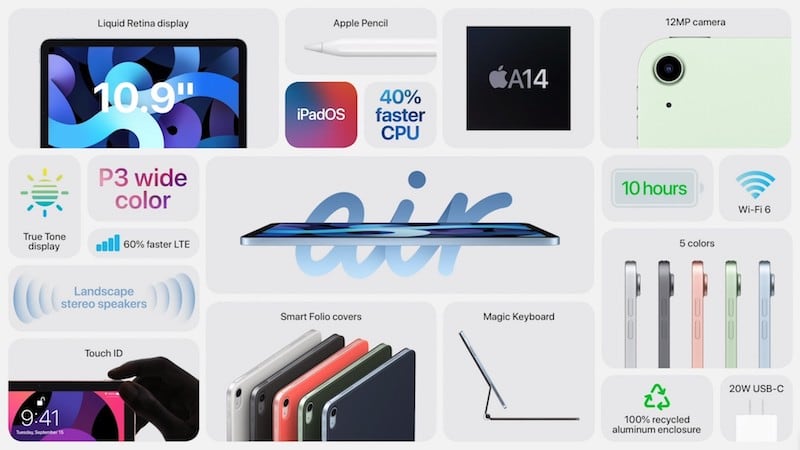 iPad Air features at a glance

All the software announcements from WWDC 2020 will go live tomorrow, starting with iOS 14, iPadOS 14, watchOS 7, and more.

Coming back to the two product lines we saw today, which one of these is your favorite? Do you like the oxygen sensor in the Apple Watch Series 6 or the super glam iPad Air? Share with us in the comments below.

Want more tech news, reviews, and guides from Gadget Flow? Follow us on Google News, Feedly, and Flipboard. If you’re using Flipboard, you should definitely check out our Curated Stories. We publish three new stories every day, so make sure to follow us to stay updated!

The Gadget Flow Daily Digest highlights and explores the latest in
tech trends to keep you informed. Want it straight to your inbox?
Subscribe ➜

Madhurima Nag is the Head of Social Media at Gadget Flow. She side-hustles as a digital marketing lecturer/speaker and loves to voice her opinion on marketing, crowdfunding and gadgets (of course!) in general.

previousBMW 2 Series Caught Testing at the 'Ring for First Time