The BMW Z3 has been an emblematic model for BMW ever since its launch in 1995, which best synthesized the essence of a modern, thorough-bred roadster. The Bavarian two-seat open-top is now celebrating the 25th anniversary. With the Z3, the BMW established the Z family on a firm basis. Premiered in June 1995, the roadster […]


The BMW Z3 has been an emblematic model for BMW ever since its launch in 1995, which best synthesized the essence of a modern, thorough-bred roadster. The Bavarian two-seat open-top is now celebrating the 25th anniversary. With the Z3, the BMW established the Z family on a firm basis. Premiered in June 1995, the roadster was the successor of the Z1 roadster, produced in a limited run between 1989 and 1991. The letter “Z” stands for “Zukunft”, which in German means “future”. 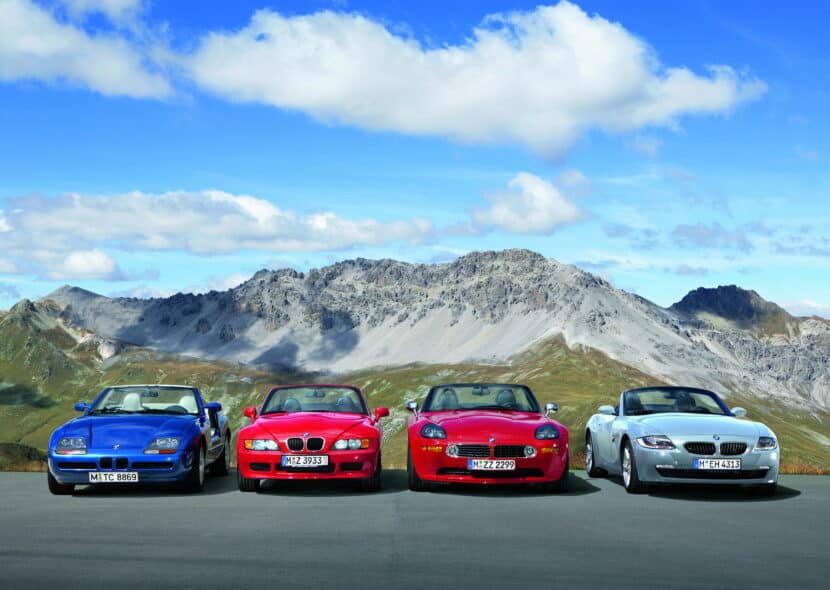 The design of an icon in a modern, compact interpretation

Building on the rich heritage of its BMW 507 roadster predecessor, the Z3 is a complete cult car today as it embodied the seductive silhouette of the 1950s ancestor into a timeless, dynamic and highly attractive design philosophy. The design of the Z3 was penned by artist Joji Nagashima (who also designed the E39 5 Series and, later, the E90 3 Series) and follows the characteristic traits of the classic BMW roadster: the long bonnet, short overhangs and a driving position moved towards the rear, almost on top of the rear axle. 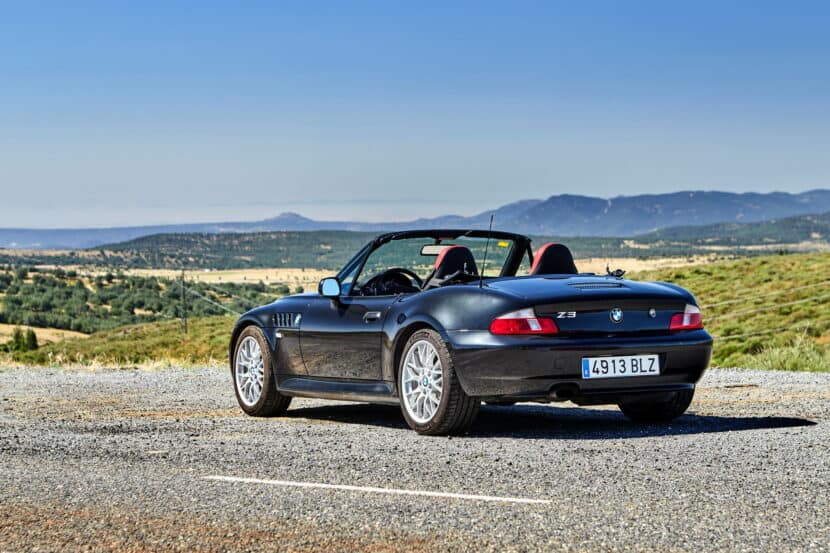 The most recognizable, iconic design features were the E39-inspired headlight graphics, the decently sized kidney and the side air gills and side-mounted BMW roundel reinterpreted from the classic 507.

The Z3 was assembled at BMW’s Spartanburg plant in the South Carolina, US, starting with September 1995, making it the first BMW model to be fully produced outside Europe. Developed on the E36 3 Series platform, the Z3 was available in two body styles: the E36/7 Roadster (from Sep’95) and the E36/8 Coupe (from Sep’98). 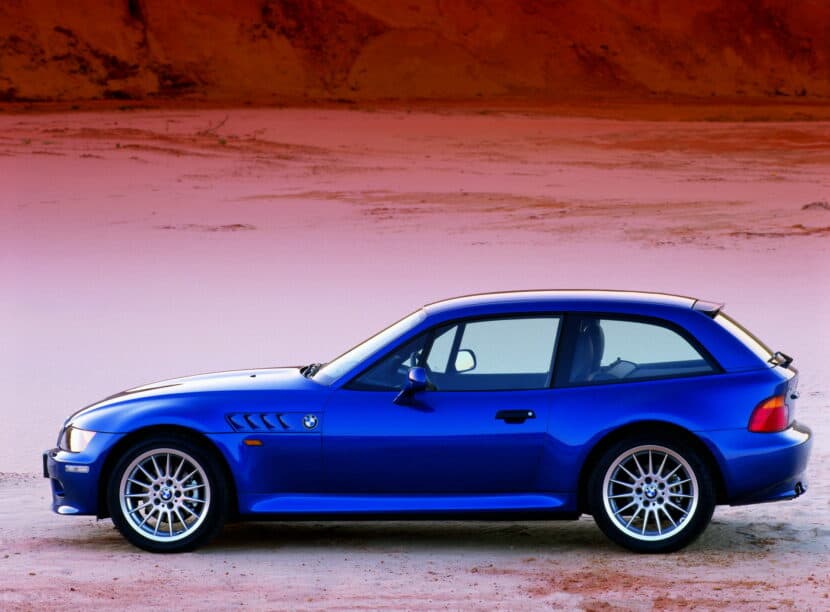 In a world lacking SUVs and other potentially attractive high-riding vehicles, it is no wonder that the Z3 was a real success for BMW, with close to 300,000 units assembled in South Carolina (297,087, to be precise).

In November 1995, the Z3 Roadster was starred in the “Golden Eye” movie of the famous James Bond series. In the US, the special, limited Z3 James Bond Edition was released on the occasion, with just 20 units planned. Eventually, given the increased demand, the production of the edition model was extended to 100 examples. Today, the Z3 driven by Pierce Brosnan 25 years ago resides in the BMW Museum in Munich. 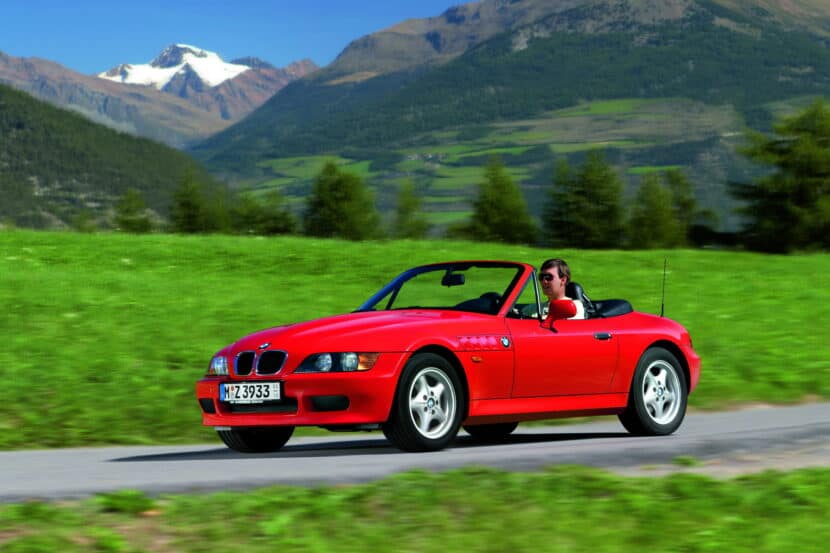 In April 1997, the M52B28 2.8-liter I6 engine with 193 hp was added to the Z3 lineup – the Z3 2.8i. At the same time, BMW also introduced the M Roadster version, which boasted a 3.2-liter, 6-cylinder powerplant with 321 hp (S50B32), also in use on the E36 M3. The M version differed substantially from the standard Z3 in the sense that it featured new front and rear bumpers, quad exhausts, Style 40 wheels, a limited slip differential (LSD) and high-performance brakes. 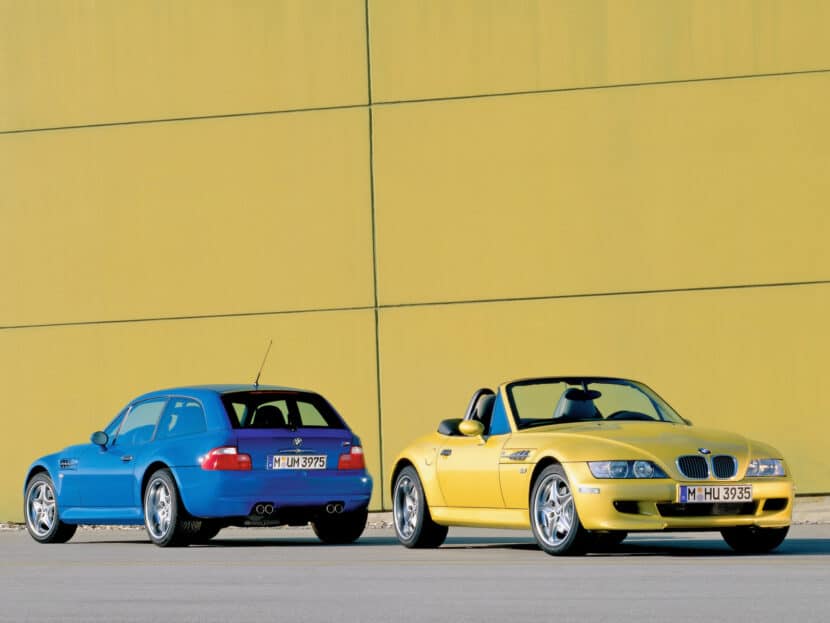 The 2-door, 2-seater Z3 was clearly a special appearance within the range. Introduced in the summer of 1998, with production kicking off at the dawn of autumn that year in South Carolina, the E36/8 Z3 is a true symbol of exclusivity in all aspects. For instance, the Z3 Coupe is a rare bird, having been assembled in just under 18,000 units, which makes it very special and unique, but as well a real gem for collectors. 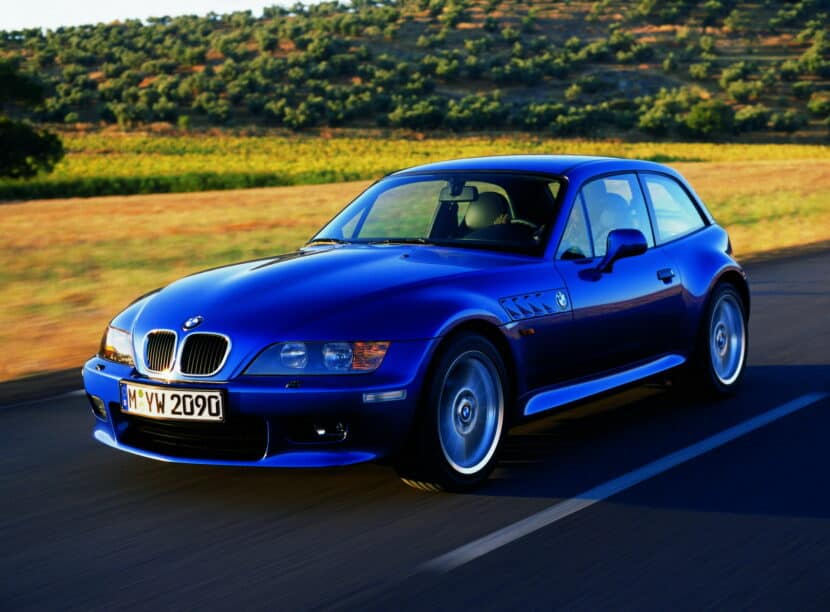 The design of the Z3 Coupe was inspired by the classic BMW 328 Touring Coupe and exuded dynamism in its most puristic form. The tail lights of the Coupe model were also distinct from those found on the Z3 Roadster, sporting the famous “L” shape. To highlight its superior status, the Z3 Coupe was offered exclusively with 6-cylinder petrol engines only. The 2.8i version was good 193 hp, the 3.0i came with 231 hp and the M Coupe boasted 321 hp and, after LCI, 325 hp.

In 1999, BMW started the long-term, successful partnership with MotoGP rights owner Dorna Sports. During the 1998 and 1999 seasons of the competition, the Z3 M Coupe served the duty as Safety Car. The one-off Z3 Coupe Millennium Edition was specifically produced by BMW at the request of a German automotive publication, to be offered as prize for a lucky reader participating in the New Year’s lot.

The long bonnet of the compact roadster proved instrumental when BMW launched the Z3 M V12 prototype, as it offered plenty of room to accommodate the giant, 326-hp 12-cylinder engine in a longitudinal arrangement.

BMW Individual also got its hands on the Z3 Roadster and created several limited edition models with some unique color combos: Sport Edition, British Traditional, Dakkar and Kyalami. Of all, the Sport Edition was the most sought after, as it offered 17-inch alloys with Style 42 or Style 78 design, a 15 mm-reduced ground clearance, auto-locking rear diff, sport seats and M details. 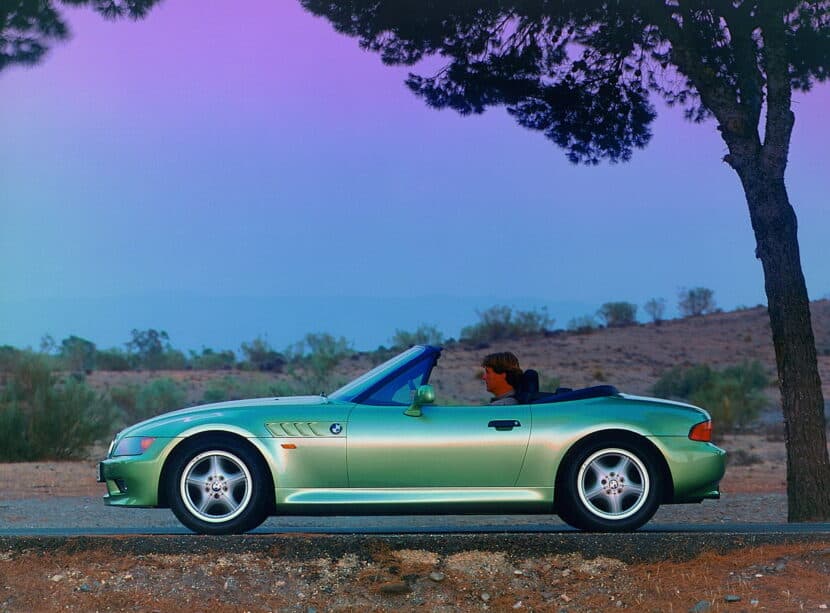 The last Z3 model in history was produced on June 28th, 2002 and, as a sign of honor for the great success, this example is now exhibited in the plant’s museum at Spartanburg. The subsequent generation shift meant a incremental change in nomenclature, as the Z3 was replaced by the first Z4 – the E85 generation of 2002.