The 2020 IMSA WeatherTech SportsCar Championship has been borderline unbelievable for the BMW Team RLL, with no less than six consecutive podium finishes recorded so far. Therefore, heading into this weekend’s race, the team is understandably optimistic about continuing its run of successful finishes. The event to be held in Monterey, at Laguna Seca will be the penultimate venue of the championship.

But what did those six podium finishes bring to the BMW Team RLL portfolio? Well, overall, they claimed two victories, two second place and five third place finishes, bringing BMW to the second place in the GTLM manufacturer championship with the M8 GTE. In the drivers’ championship, John Edwards and Jesse Krohn are now third overall while Connor De Phillippi and Bruno Spengler are right behind them, in fourth place. 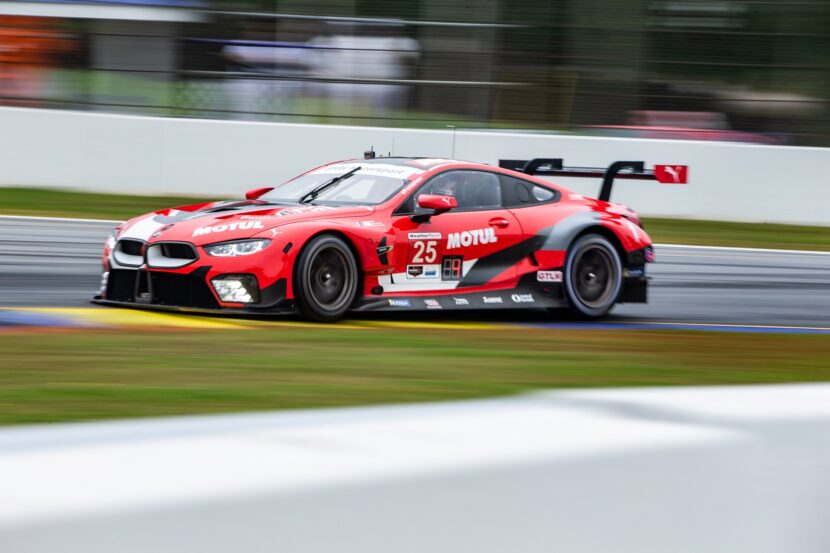 “Laguna is always a challenge with an extremely low grip surface and high tire degradation, but it has been good to us in the past! We have had some wins and lots of podiums there, so we are hoping to repeat that success this weekend,” said John Edwards, driver No. 24 BMW M8 GTE. “John and I are still in the hunt for second in the championship and, in fact, are not out of the title hunt. We’ll need two very solid weekends and, based on the team’s history there, Laguna Seca gives us a great start,” added Jesse Krohn.

To be fair, Laguna Seca has been generous to BMW cars over the years. As a matter of fact, the first time BMW raced in the US, back in 1975, Laguna Seca was the place where the iconic BMW 3.0 CSL was driven to victory by none other than Hans Stuck. Back then, BMW was such an early contented in IMSA that people thought the acronym stood for ‘British Motor Works’. In more recent years, BMW Team RLL recorded wins there in 2015, 2017 and 2018. Last year, BMW Team RLL, with the BMW M8 GTE, managed a second place finish with Edwards and Krohn behind the wheel of the number 24 car.