There’s no doubt about the fact that drones have become increasingly popular. They are more affordable than ever, and more advanced and sophisticated than before. But getting started with drones is not as straightforward as you might think. It involves some studying, knowledge of and complying with the regulations, and (most important) a lot of […]


There’s no doubt about the fact that drones have become increasingly popular. They are more affordable than ever, and more advanced and sophisticated than before. But getting started with drones is not as straightforward as you might think. It involves some studying, knowledge of and complying with the regulations, and (most important) a lot of practice. You need to learn how to fly the drone safely before you can actually start taking photos with it.

In an attempt to help you shoot better drone videos and photos, we asked some drone video and photo experts one simple question: “What are your top tips for a beginner who would like to get started with aerial photography or videography using a drone?” Here are their answers.

Your drone is just a camera with propellers. Study photographic technique and composition. Two must-read books are Understanding Exposure by Bryan Peterson and The Photographer’s Eye by Michael Freeman.

Use Google Earth! It’s an awesome tool to preview how your shooting place will look from the sky. Some places are awesome from the ground but not that great from the sky and vice versa.
Find your photographic style, little by little. Get inspiration from all the sources, without falling into the trap of copying other people’s work. It requires time and passion, but it will pay off in the long term. If you are into videos, remember to make them short and exciting with buttery-smooth gimbal movements. Always follow the music tempo on your mounting to create that “wow” effect. 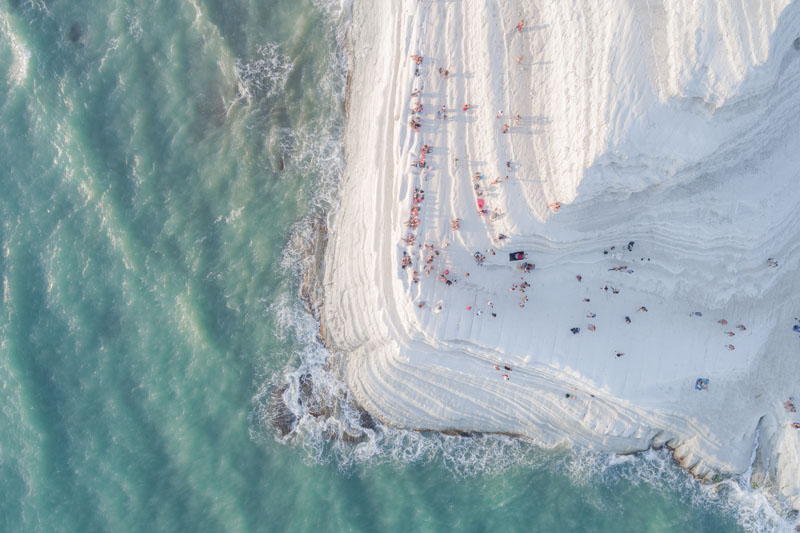 The Big Meringue
Scala dei Turchi (the Turkish Steps) is a white cliff in Sicily. It’s made of a soft limestone and a blinding white marl. Natural erosion has created steps on the cliff face, making it look soft and sinuous, like a big meringue covered with sprinkles (i.e., the people sitting and walking on it). 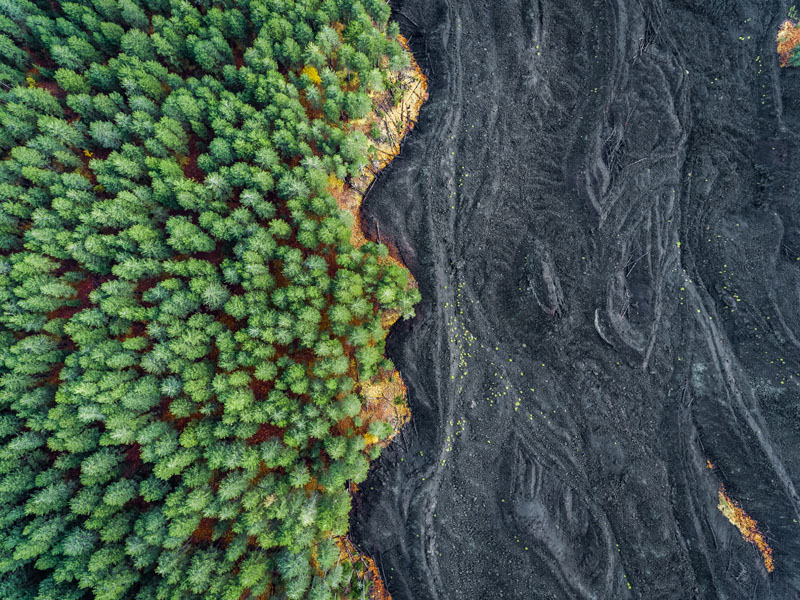 Solidified Lava vs. Forest
Those waves of lava are from Etna’s big eruption back in 2002. 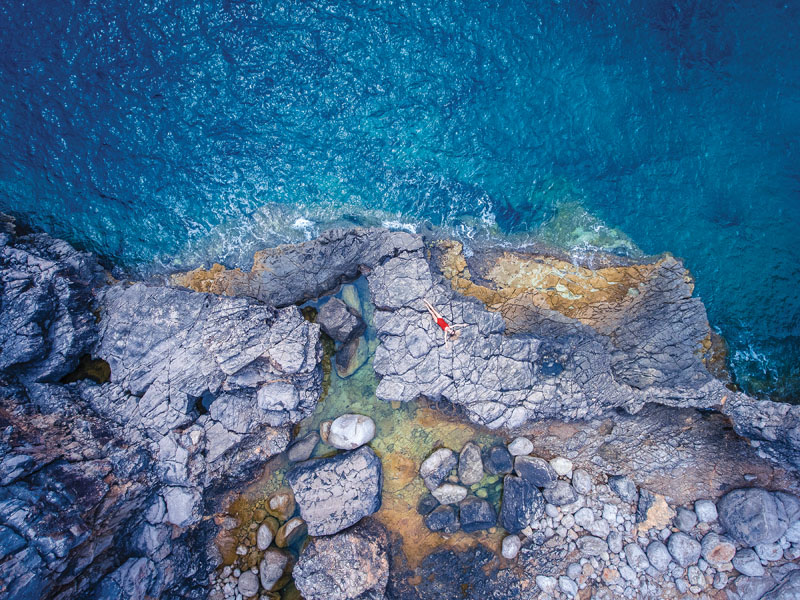 Lady in Red
I shot this photo in Montenegro, on the Adriatic coast, from the Veslo cove at the eastern part of the Luštica peninsula. 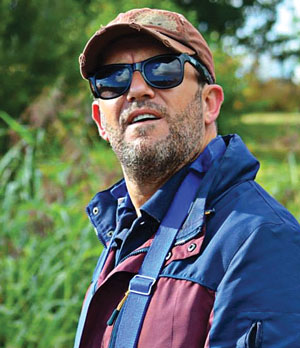 Toby Pocock | skyvantage.co.uk
First, don’t be a pilot—be a camera operator. It’s only about the picture and not the flying. Flying a drone these days is easy. The hard part is using it as an aerial-positioning platform. Knowledge of cameras, light, and lenses will be the difference between an average drone person and someone who is trying to film more cinematically. Editing and a creative eye are more important than technical knowledge about drones or flying skills. Learn how to edit and color-correct. This will make your footage stand out from the thousands of people already filming with their drones for fun.
Second, fly slow and low. Too many people begin flying high and too fast. Some of the best uses and footage from drones come below 60 feet high. The novelty of seeing things from the air wears off quickly. Try to get lower shots, layering your subjects.
And last, don’t be an idiot. If you are going to do this, use your head. Follow the rules, and don’t put anyone in danger. 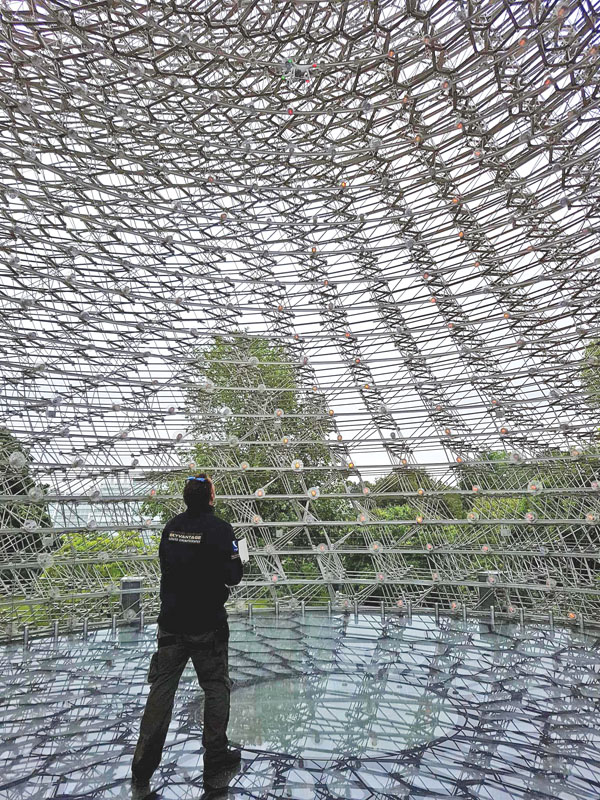 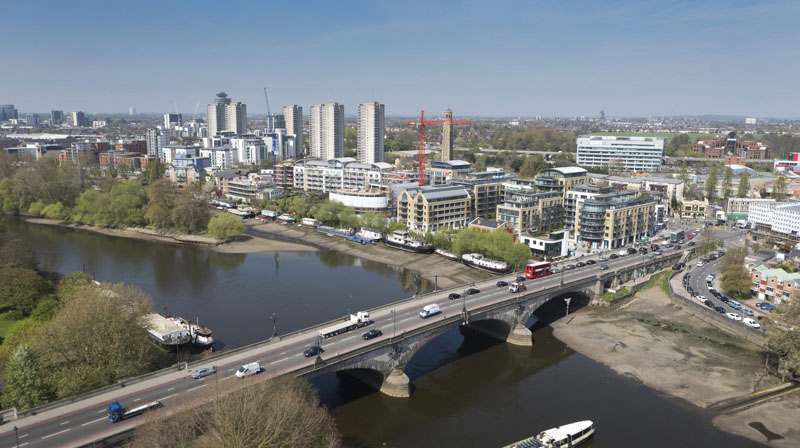 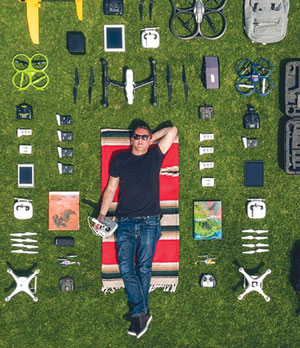 Dirk Dallas | fromwhereidrone.com
Start off with a cheap toy drone to get the hang of flying, and learn the rules in your country and city. Practice—a lot—in a big open field free of obstacles, like trees, buildings, and telephone poles.

In the beginning, I would always face the way my drone was facing. I tried to get used to that, and I would fly it backward when I needed to. Then I slowly started getting comfortable with rotating the drone in other directions that I wasn’t facing.

Keep practicing! Practice the simple box, the 180, the box with yaw, the circle, and figure-8s. 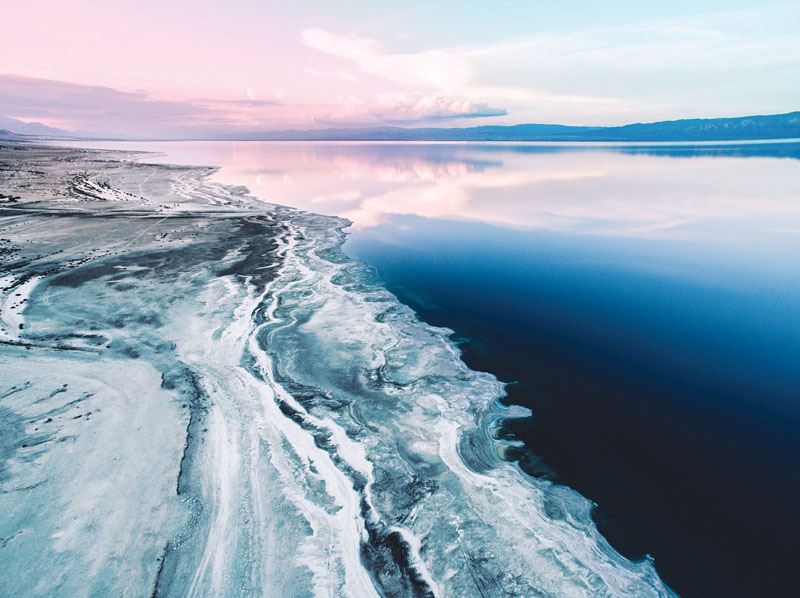 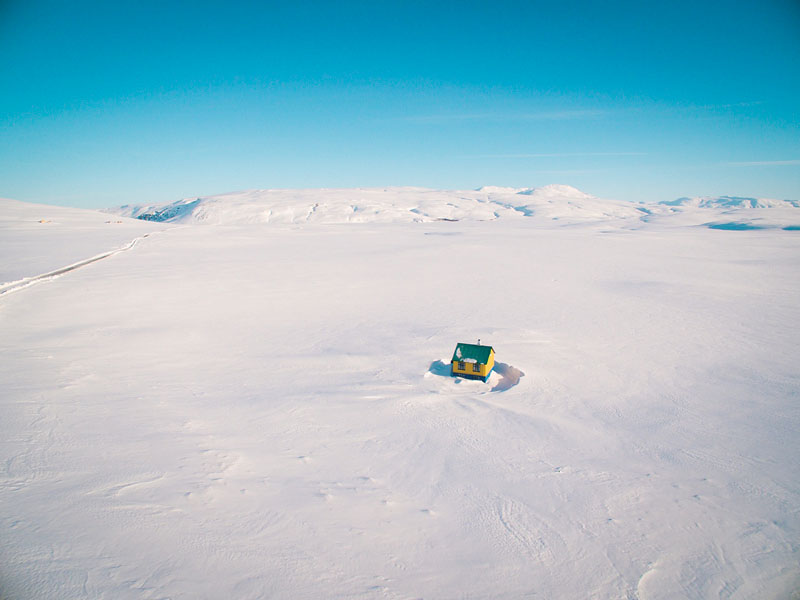 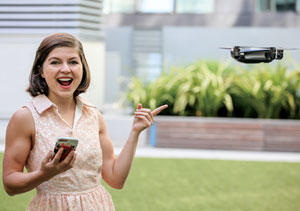 Sally French | thedronegirl.com
Start practicing with a cheap toy drone. Good-quality camera drones like the DJI Mavic or the Autel X-Star are easier to fly than ever, but that does not make them idiot-proof. Once in your lifetime, you will crash into something. Make it a cheap toy drone and not your expensive one. The harder to fly, the better! That way, you’ll be a master by the time you get to your fancy drone. You would rather fly the $30 toy drone into the pool than your new DJI Mavic, right? Trust me, I’ve heard way too many stories of this happening. If you must fly your brand new DJI Mavic now, at least start in open space. A football field, a desert—basically anywhere with few trees or little water is excellent. 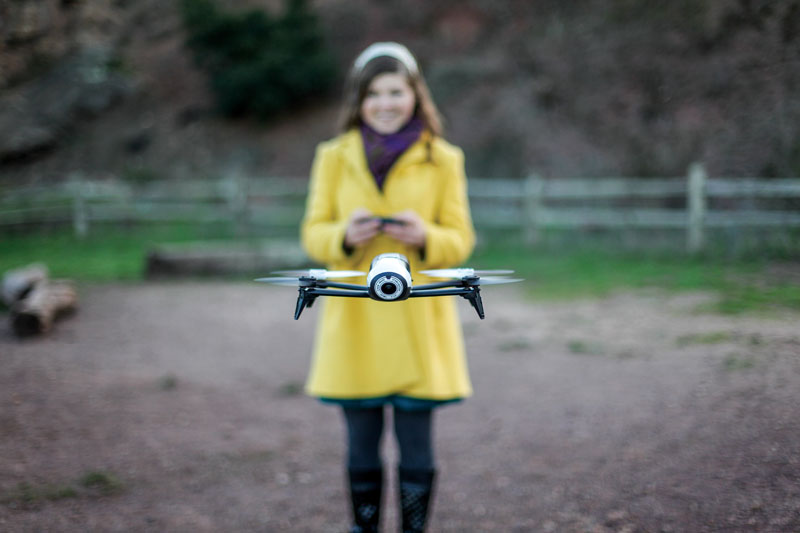 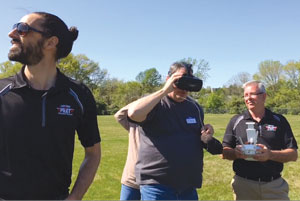 Flight proficiency is more than knowing what to do with your thumbs. When our students first get into aerial photography, videography, or data capture by drone, many of them put the cart before the horse—meaning, they skip the user manual and go straight to the skies.

Sure, getting high-quality imagery or data is important, but far too many new drone pilots gloss over the fundamentals—things like mission planning and airspace research, understanding how GPS works, how to interpret the various notifications within the software, and how to respond to emer­gency situations. We had a student a few weeks ago who was already an FAA-certified drone pilot and had done a few paid gigs, but he didn’t know how his DJI Return to Home functionality worked. He also wasn’t comfortable bringing his drone up to more than 300 feet above ground level. To me, this illustrated a lack of flight proficiency and understanding of his DJI system.

Getting certified to fly a drone is one thing, but understanding the nuances of your system and how to respond to emergency or fail-safe situations is something that far too many drone pilots don’t prioritize heavily enough when learning how to fly. 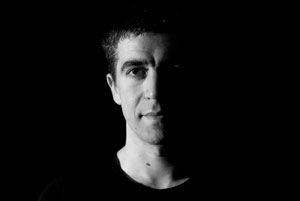 Francesco Cattuto | francescocattutophotographer.com
My first tip: Take off…legally. Each country has its own drone regulations, which are often very restrictive. Getting the necessary per­missions can become complicated, but it’s important [to get them] to avoid any risk.

My second tip: Think before you act. Before the takeoff, imagine in your mind what you will find. With aerial photography, we have an extra dimension that can complicate everything because we are not accustomed to seeing things from above.

Moving upward, you’re adding a fantastic degree of freedom that can give you incredible views, but on the other hand, it becomes more complicated because it becomes difficult to imagine what you can see from there. Move a few inches up or down [and you’ll] get a completely different picture. 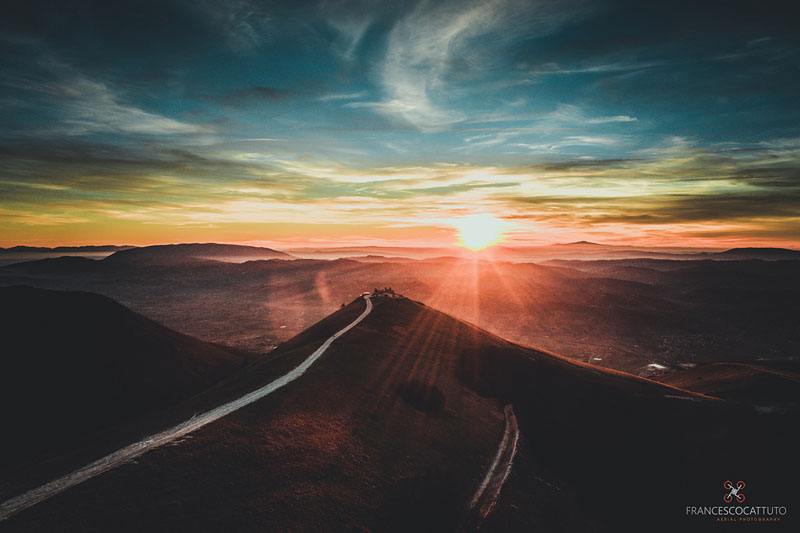 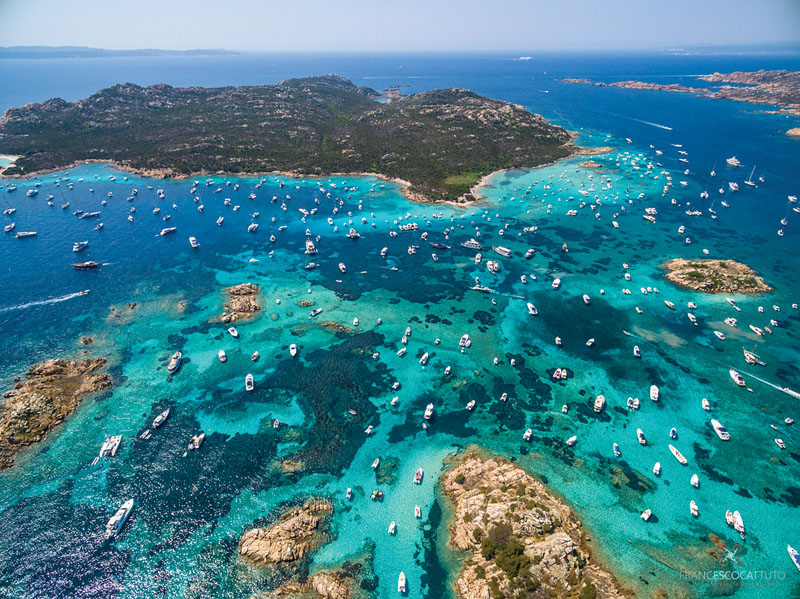 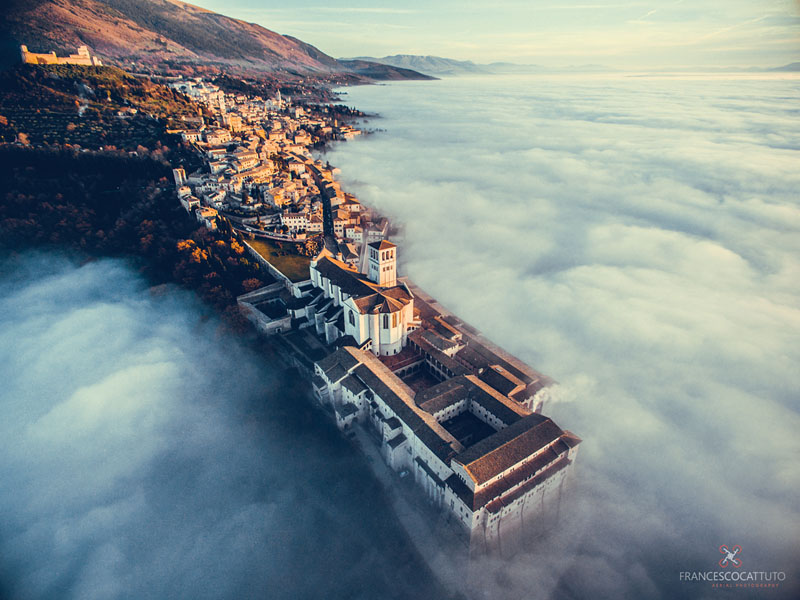 Paul Aitken | thedroneu.com
First things first: When you get your drone, learn the basic controls, such as roll (lateral side-to-side movement), pitch (forward and reverse lateral movement), elevation (adds or decreases in altitude), and yaw (rotation).

Understand that drones are like video games in that they can move around, but you really need a combination of motion to get natural turns and smooth motion.

For takeoffs, you and the drone should be in the same orientation (camera is facing the same direction you’re facing). Take off into the wind. Always elevate up and pitch forward (away from you). When your orientation changes (i.e., when the camera is facing you), the controls of roll and pitch are now reversed.

Always land facing into the wind, always have the same orientation, and always decrease your elevation in a slow and steady manner. Keep the same vertical speed, and don’t change the speed.
And if you feel you’re in a situation where you’re going to hit something, put your right thumb up so you’ll elevate over the obstacle. Thumbs up will save you every time. 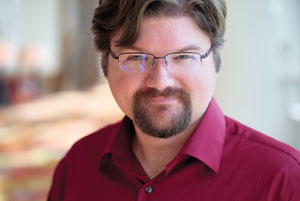 If you are a photographer, practice flying. You’ve got the camera skill, but smooth camera movements require smooth flying; even still photography requires getting the drone into a good position, which can be challenging.

If you are a pilot, practice photography. You’ve got the thumb skill and discipline, but drone footage can be difficult to compose and expose for because it is such a different angle.

Also, when you’re on a shoot, leave extra time to just go up and explore. Planned shots are smart to do, making sure you get the most out of the limited time you have between batteries, models, and subjects. You never know what might look different when you get the camera up, and those differences can make for some unexpectedly great shots. 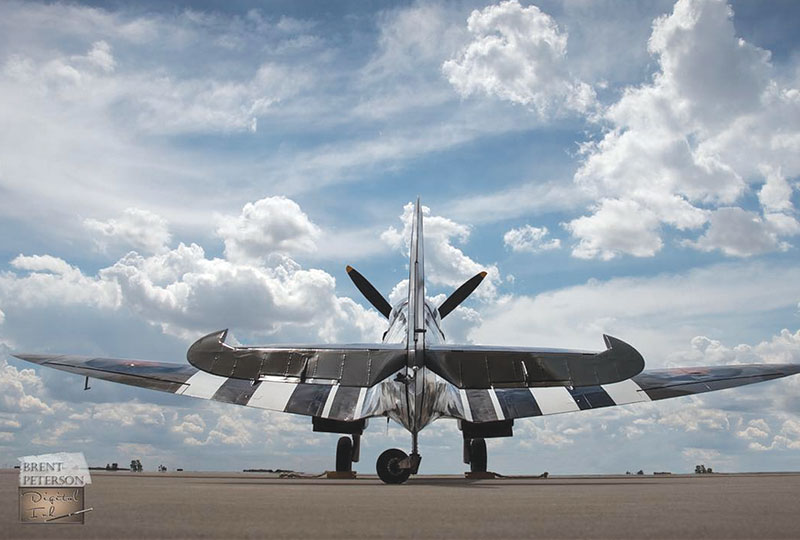 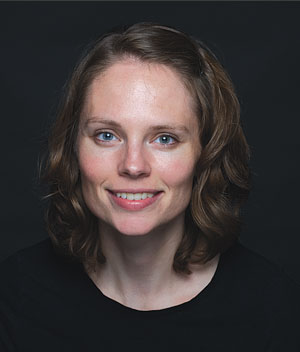 Start learning with a drone that has a decent camera and control system, but one that doesn’t break the bank. The idea is to have something to learn on that will give you the actual skills and experience you need to produce quality photo and video and that you can afford to replace in the (inevitable) case of mistakes and crashes.
After you’ve honed your skills and really mastered good techniques, then you can invest in a pricier piece of equipment. As you’re learning, practice and get training, tips, and advice from those who’ve gone before you. 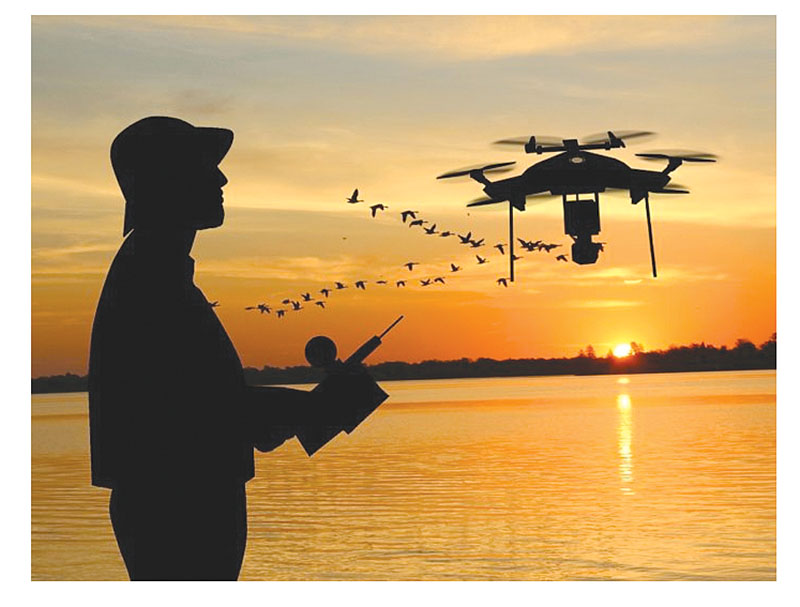 Andrew Nixon | bestdroneforthejob.com
Learn how to fly and navigate before you photograph anything from the air. Do not try learning both skills at the same time because you will crash your rig—a lot. I recommend first buying an inexpensive and durable ready-to-fly camera drone that you can practice on and not worry too much about crashing.