BMW’s electric vehicles naturally get compared to Teslas, especially when it comes to range. When it comes to range and charging, Tesla is still ahead of most automakers, with only brands like Lucid and Mercedes-Benz boasting further ranges. BMW’s EVs have a good enough electric range but they do fall short of the high standards set but other vehicles, at least on paper. Edmunds recently tested the BMW i4 M50 and actually beat its EPA-estimated range by 41 miles.

On paper, Edmunds’ BMW i4 M50 has an EPA-rated maximum range of 227 miles, with its 83.9-kWh battery, 20″ wheels, and dual electric motors. Those two electric motors combine to make a whopping 536 horsepower and 586 lb-ft and it weighs 5,086 lbs, according to Edmunds, 1,000 lbs more than a comparable Tesla Model 3 performance.

To find out if it could meet the EPA-rated range, Edmunds took the i4 M50 on its usual EV test loop, where there were able to achieve 268 miles, 41 more than the EPA figure. Interestingly, on the same test loop, in very similar conditions, Edmunds’ Tesla Model 3 Performance wasn’t able to even match its own EPA-rated figure. 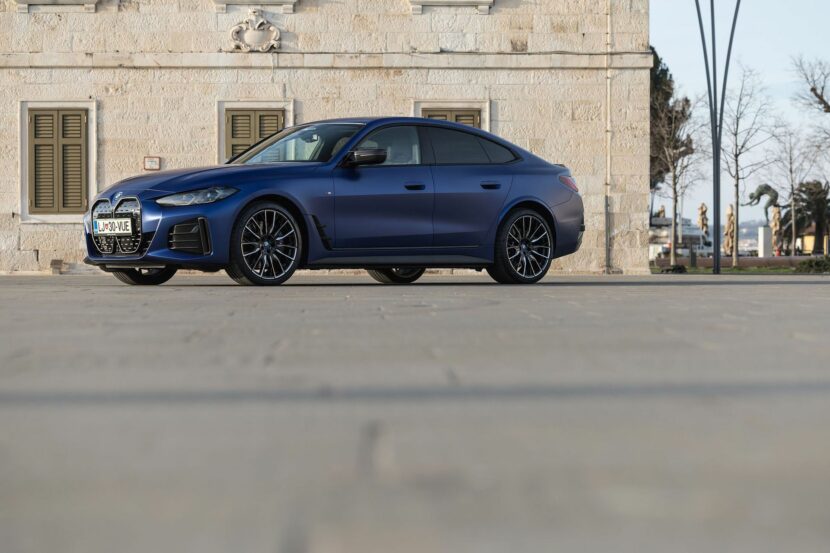 It’s interesting to see the BMW i4 M50 overachieve its EPA-rated figure, as it has a lot working against it. Not only is it immensely heavy, more so than many SUVs, but it also isn’t super aerodynamic, considering it’s based on a 4 Series Gran Coupe. Compared to other EVs, the BMW i4 M50 isn’t super efficient, at least at first glance. In reality, though, it’s actually surprisingly good, a testament to BMW’s electric powertrains and battery tech.

Of course, even 268 miles is lacking compared to competitors, like the aforementioned Model 3 Performance. However, 268 mile is still more than enough for most customers and range will only continue to increase for BMW as it develops more from-the-ground-up EVs. The future looks bright if BMW can continue to improve its efficiency.