Following Qualcomm’s Snapdragon 888 announcement a growing list of smartphone brands began teasing their plans to incorporate Qualcomm’s latest chipset in their upcoming flagships. Chinese makers Lenovo, Meizu and nubia are the latest brands to confirm their plans via posts on their official Weibo accounts.

Lenovo confirmed the Snapdragon 888 is coming soon to its Legion gaming line. The maker teased the launch event for its Lenovo K12 series which will be announced on December 9 and will be accompanied by the latest Legion gaming phone powered by Qualcomm’s newest flagship SoC. This would make Lenovo the first maker to announce a SD 888 powered device. 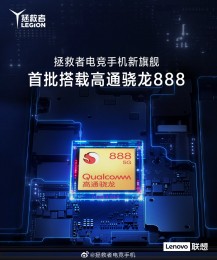 nubia teased an upcoming Z-series phone which will launch soon with the SD 888. This device will be the successor to the nubia Z20 which came out in October 2019. 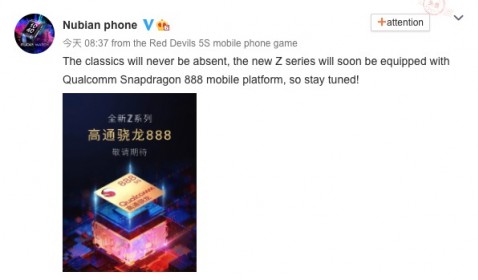 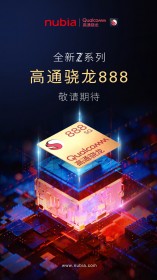 We’ll be on the lookout for more details surrounding these upcoming phones as well as more Snapdragon 888 powered offerings.