Fresh from Sachsenring we bring you some new photos of the BMW M2 CS. The limited edition sportscar is the new crown jewel at the M Division and according to the early driving impressions, it’s quite fun. Powered by the engine from the F82 M4 CS, a more powerful version of the S55 which produces […]


Fresh from Sachsenring we bring you some new photos of the BMW M2 CS. The limited edition sportscar is the new crown jewel at the M Division and according to the early driving impressions, it’s quite fun. 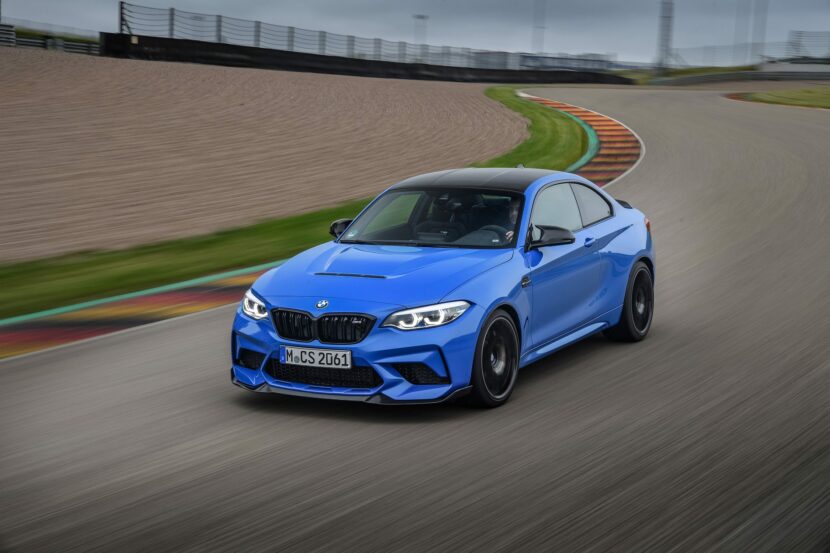 On the software side of things, the engine management was slightly altered. 40 hp was added to the performance and the torque stayed at 550 Nm in comparison to the BMW M2 Competition. Interestingly, the M2C gearbox software was also altered to improve track use, similar to the differential and steering software.

Sound is equally important for the M2 CS. The exhaust on the M2 CS has been changed slightly to accommodate the preferred sound track of the CS over the Competition. The new system has an altered mid damper and larger CS style tailpipes for an enhanced sound volume.

Weight savings are also a core part of the car. So it starts with the the carbon roof which saves about 10-10.5 kg. But that is not all. The carbon center tunnel inside the interior saves another 2.5 kgs. The carbon ceramic brake option for the front brakes saves 22 kg over the M Sport kit, which comes with the red calipers on the M2 CS. More weight saving of up to 11 kg is done in the form of the bonnet.

Naturally, those savings will improve the driving dynamics of the M2 CS over the Competition model, so stay tuned for our BMW M2 CS review.

previousProduction of Snapdragon 875 has started on TSMC's 5nm node