BMW’s upcoming i4 needs to hit the market as soon as possible because it’s going to have a ton of competition in the coming years. It’s already behind the 8-ball in competing with the Tesla Model 3, the Audi e-tron GT is on the way and now there’s going to be a new, all-electric competitor that will boast the furthest claimed range in the world a the moment — the NIO ET7.

The NIO ET7 is the latest all-electric model from the Chinese EV manufacturer. Admittedly, the ET7 is likely to remain in the Chinese market but that’s also the largest automotive market in the world and one that BMW — along with every other German manufacturer — is desperate to become popular in. So the NIO ET7 will become a massive competitor for the BMW i4, even if it won’t be sold in Europe or the U.S.

What makes the NIO ET7 impressive is its range. According to the Chinese manufacturer, the ET7 will boast a range of 621 miles (1,000 km), which is by far and away the longest EV range claim yet. Admittedly, it’s been claimed on the Chinese NEDC cycle, which is even more forgiving than the European WLTP. The latter of which would likely give it a lower range rating. Still, that massive range claim is thanks to a monstrous 150 kWh battery pack, which should provide an incredible amount of range, even if it is short of NIO’s lofty claims. 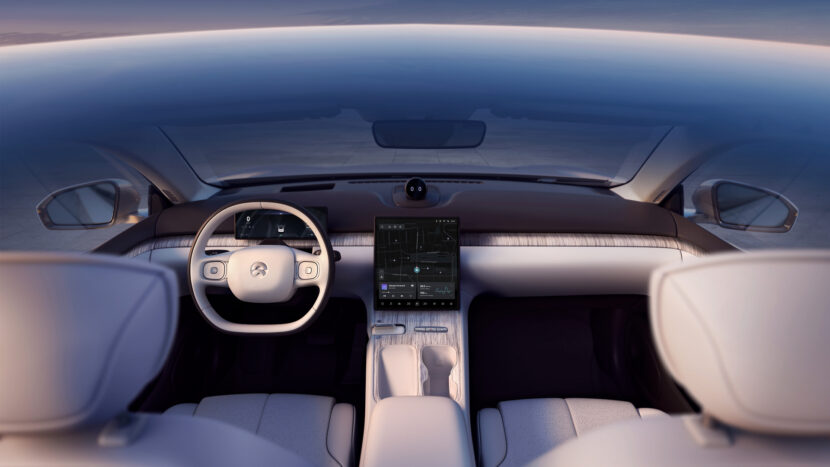 That top-end model will also come with 644 horsepower and be capable of 0-60 mph in 3.9 seconds. There will obviously, smaller battery models, with shorter ranges and the ET7 will have a suite of models with which to take on Tesla, BMW and Audi.

Another trick NIO has up its sleeve is its “charging”. Rather than traditional charging stations (which NIO vehicles can also use), the brand also offers battery-swap stations, which can swap out a depleted battery for a fully charged one in minutes. Top Gear tested these stations awhile back and drove 800 miles, in a NIO ET6 SUV that boasts less than 300 miles of range, without ever charging once. The battery swaps take less than ten minutes and are incredibly simple. Plus, NIO is adding them into what it calls “NIO Houses”, which also house coffee shops and office spaces, so you can grab a quick coffee while your battery gets swapped.

In China, this will likely become an incredibly popular EV sedan, one that’s cheaper than the equivalent BMW, Tesla or Audi. With its longer range and battery swap ability, the NIO ET7 will be tough to beat. Especially if NIO ever sends its cars west.