After last year’s Red Magic 5G and 5S, nubia is looking to build on its success with the upcoming Red Magic 6 series. Last week we got an official teaser for the Red Magic 6 series which alluded to a 4,500 mAh battery with 120W charging and today we have a certification listing that confirms these will be part of the Red Magic 6 Pro’s specs sheet.

The listing on China’s 3C certification agency shows nubia’s NX669J-P believed to be the Red Magic 6 Pro will indeed support charging at up to 120W speeds. In addition, a second model bearing the NX669J model number which should be the regular Red Magic 6 was also spotted with 66W charging capabilities.

Tipster Digital Chat Station chimed in on the listings claiming the Pro model will be able to fully charge its battery between 15 and 20 minutes. Both models are expected to employ dual battery construction to achieve these blazing fast charging speeds. 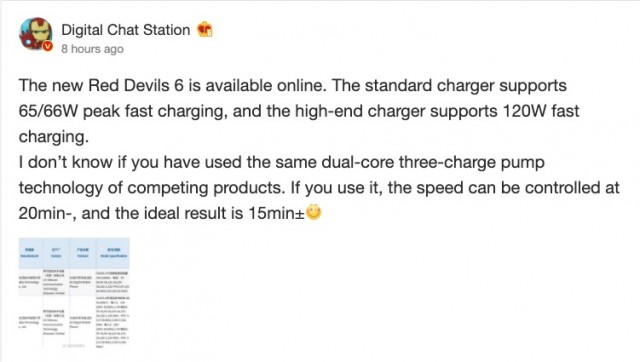 The Red Magic 6 series is expected to debut with Snapdragon 888 chipsets and one of the high-end models was teased with an electrochromic back that can change its opacity with a single press of a button.

previousNot so quiet takeoff: A big month for electric aviation