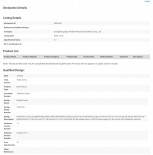 The two devices have now managed to bag quite a few certifications under new, international model numbers. The Reno5 5G is officially denoted as the PEGM00/PEGT00 in China, whereas the Reno5 Pro 5G goes by PDSM00/PDST00. However, Taiwan’s National Broadcasting and Telecommunications Commission (NBTC) recently published documents for a Reno5 5G under the CPH2145 model and the Reno5 Pro 5G under the CPH2201 one, respectively. The first of these model numbers has also appeared on other certification platforms, like Bluetooth SIG, Taiwan’s National Communications Commission (NCC), Indonesian SDPPI and Global Certification Forum (GCF). The second one has been spotted at NCC, Singapore’s Infocomm Media Development Authority (IMDA) and India’s Bureau of Indian Standards (BIS). This all clearly hints at an imminent international release for both handsets. 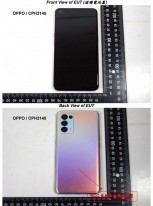 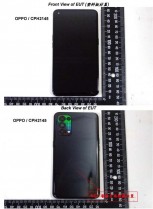 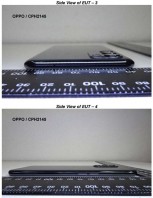 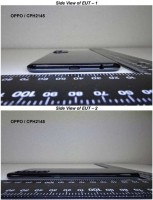 In an even more-recent development, the Reno5 Pro 5G (CPH2201) was also spotted on GeekBench. The benchmark listing mentions both the MediaTek Dimensity 1000+ chipset and 8GB of RAM, as featured in the specs of the Chinese model. An encouraging sign that Oppo isn’t planning a convoluted “switch” maneuver and will hopefully be launching the same hardware under the Reno5 5G and Reno5 Pro 5G monikers abroad. 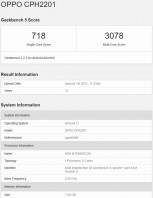 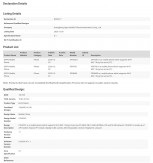 The Reno5 Pro 5G is rocking a bigger 6.55-inch, brighter panel, also 90Hz, 1080p+ and OLED. It swaps in a MediaTek Dimensity 1000+ chipset, with Wi-Fi 6 support and gets faster speeds on its RAM chips, with the same 8/128GB and 12/256GB configurations. Battery capacity and charging are also nearly identical, but the Pro does ditch the 3.5mm jack, while adding in NFC.