After announcing its Snapdragon 888 on December 1 and fully detailing its specs a day later, Qualcomm has now revealed official benchmarking results for its latest flagship chipset.

The tests were performed on a special Qualcomm reference device powered by the Snapdragon 888 alongside 12GB LPDDR5 RAM, 512GB UFS 3.0 storage and a 6.65-inch FHD display with 120Hz refresh rate. Each respective benchmark was performed three times giving us an average score with the default setting used on the reference device.

Here’s a look at how the testing procedure was simulated.

Starting off with AnTuTu (version 8.3.4) the SD 888 delivered an average score of 735,439 points which is unsurprisingly a new record for the platform. For reference the current AnTuTu champion – Huawei’s Mate 40 Pro+ managed 698,654 points while the highest performing Snapdragon 865 phone we’ve seen thus far was Xiaomi’s Mi 10 Ultra with 671,045 points. 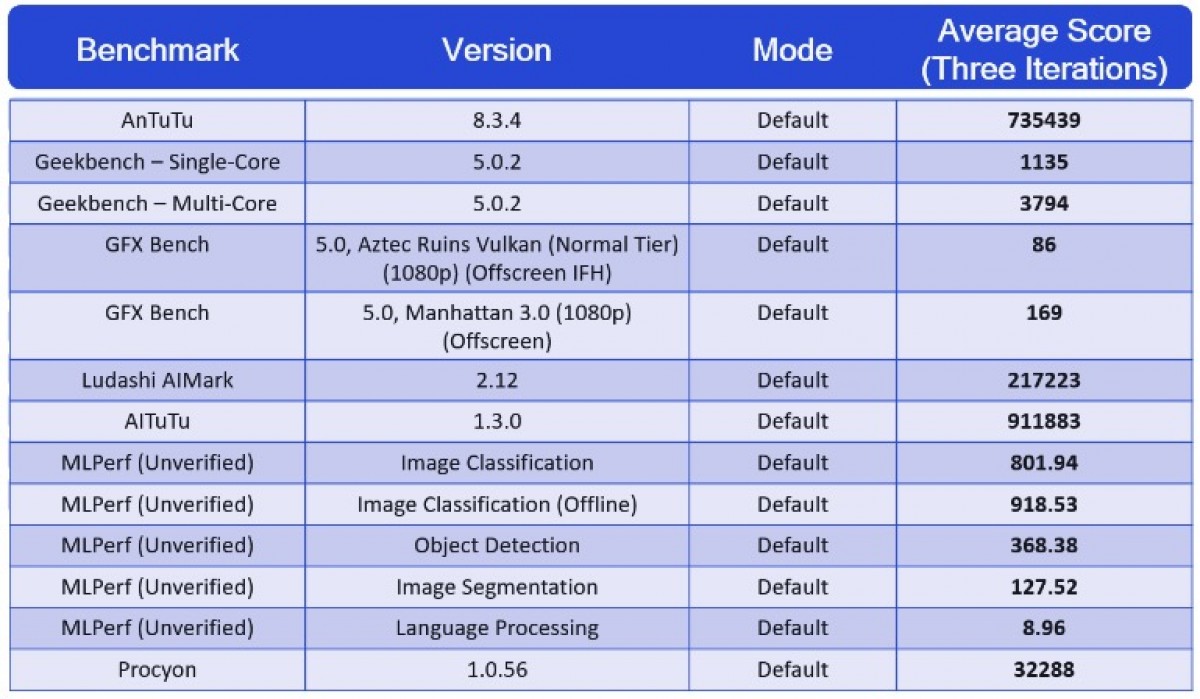 GFX Bench revealed the SD 888’s new Adreno 660 GPU averaged 86 frames per second on the Aztec Ruins Vulcan test and 169 fps on the Manhattan 3.0 benchmark. Both tests were performed at 1080p resolution offscreen edging out the Snapdragon 865+ which maxed out at 133fps on Manhattan 3.0 in our ROG Phone 3 benchmark runs.

previousForecast 2021: Artificial Intelligence during COVID and beyond