Oppo had a busy week, announcing four Find X3 models. We want to focus on the Oppo Find X3 Pro for this poll as it’s the most interesting phone of the three, plus it will be available this month (while the X3 Neo and X3 Lite are coming in April, the vanilla X3 is heading […]


Oppo had a busy week, announcing four Find X3 models. We want to focus on the Oppo Find X3 Pro for this poll as it’s the most interesting phone of the three, plus it will be available this month (while the X3 Neo and X3 Lite are coming in April, the vanilla X3 is heading only to China for now). 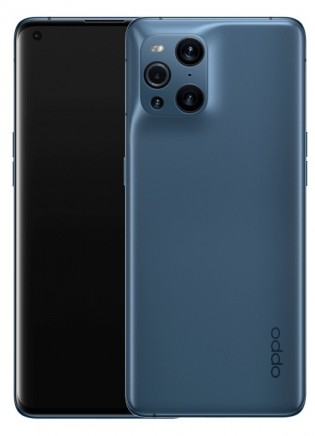 Let us start by saying that this phone is quite different from its predecessor in some respects and quite similar in others. One omission that will raise eyebrows is that the 5x periscope lens is gone, instead the new phone has a standard 2x lens (52mm) with “5x hybrid zoom”. The other omission is the vegan leather back option – your only get a hot forged glass panel.

It does look quite unique and the camera is not without upgrades. The main and ultra wide-angle cameras use the same Sony IMX766 sensor – 1/1.56”, 50MP, 1.0µm pixels. Both cameras have omnidirectional PDAF, the main module also sports Optical Image Stabilization.

We’ve started reviewing the Find X3 Pro and we have some camera samples you can check out:

Also, here’s a quick test of the telephoto camera, which bets on image processing rather than optics for zooming in. You can check our In for review post for samples from the macro camera and the selfie camera.

The big focus for the X3 Pro was color processing. The cameras can capture 10-bit images, which are best viewed on the 10-bit OLED display. Everything in between the camera and screen is optimized for 10-bit processing as well.

The screen is interesting because it’s one of the few LTPO panels we’ve seen so far. This means that while its highest refresh rate is 120 Hz, it can go down to 5 Hz to preserve the battery. The adaptive refresh rate also allows the screen to display any content (e.g. playing 25/50 fps footage is tricky on a screen locked to 60/120 Hz).

Since we mentioned the battery, it’s a 4,500 mAh power cell with fast wired and wireless charging. The SuperVOOC 2.0 65W wired power adapter can do a full 0-100% charge in around 30 minutes (0-40% takes just 10 minutes). The AirVOOC Wireless Flash Charger puts out 30W and completes a full charge in 80 minutes.

Comparing it to its cousin, the vivo X60 Pro+, we see another camera-obsessed phone. Its wide and ultra wide cameras have large sensors (larger than the Find’s) and ZEISS optics. The ultra wide also boast an exclusive gimbal stabilization system. Also, there are two telephoto cameras – one with a 5x periscope (125mm) and one with a 2x zoom and a 32 MP sensor.

The X60 Pro+ has some weak spots too, e.g. the screen loses the adaptive refresh rate feature. Also, while you can have a vegan leather back, there’s no wireless charging. There’s no Euro price for it yet, but both phones are in the same ballpark.

So, is the Oppo Find X3 Pro a phone worthy of admiration and your money or did the company miss the mark?

nextNFTs setting off revolution in the world of collectibles