The BMW Individual program opens the door for creativity which is often limited only by a dollar amount. The special catalog consists of hundreds of paintworks available for nearly every BMW model.  And as you’d expect, the popular 3 Series is among them. In the last few years, BMW has decided to make its Individual […]


The BMW Individual program opens the door for creativity which is often limited only by a dollar amount. The special catalog consists of hundreds of paintworks available for nearly every BMW model.  And as you’d expect, the popular 3 Series is among them. In the last few years, BMW has decided to make its Individual Program more visible and widely available to customers. Until recently, most of the special colors were an open secret, but not entirely known to BMW customers. With the new BMW Individual website, you can now play around and see some of the things offered.

We went through a visual exercise back in 2019 to explore some of the most unique colors offered for the 3 Series Sedan. At the time, we came up with nearly 100 paintworks which will make everyone jealous at your local Cars & Coffee meetups. We came across colors like the Tramonto Bordeaux, Venetian Purple Pearl, Malachite Green Dark, Velvet Orchid, Barbera Red, Rosso Corsa, Fashion Grey, Mora, Wilberry or Peridot Green, among many others. 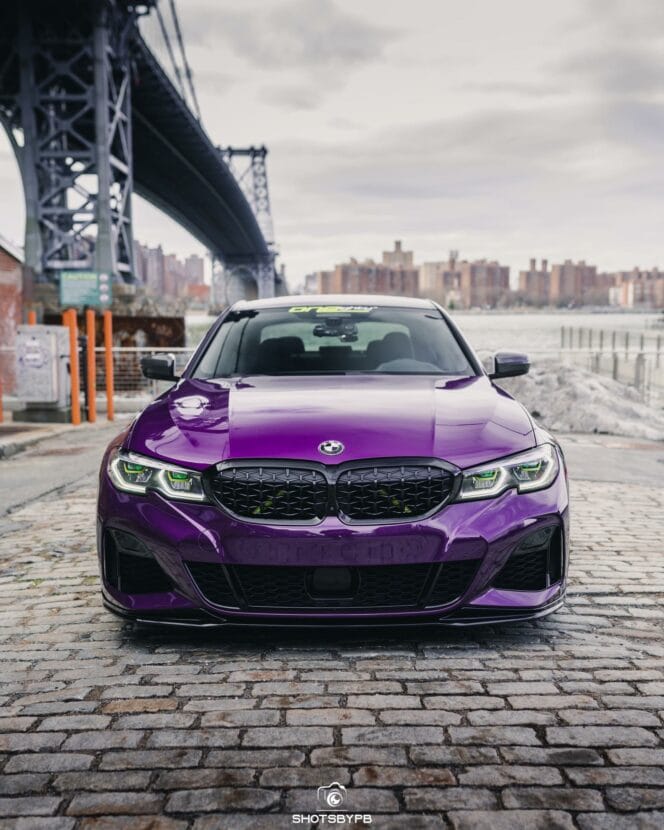 But there is always a special one that stands out. In this case, the Twilight Purple. Today, we get a chance to see the elegant shade of purple featured on BMW’s top 3 Series model – the M340i. Courtesy of BMW of Manhattan, and @purpl3ish and @shotsbypb on Instagram, we now take a closer look at Twilight Purple through a series of stunning photos. As you can see in the images below, the purple shade tends to change its intensity under different light conditions.

When it’s darker outside, you get that deep and immersive shade of purple, while under the sun you’re getting a lighter, but still elegant purple. If you pair the Twilight Purple with the dark accents of the M340i model, you’re now getting one of the best looking BMW cars today. The dark chrome and mesh kidney grille matches perfectly the Individual color, while the front lip at the front gives the car that extra spiciness. 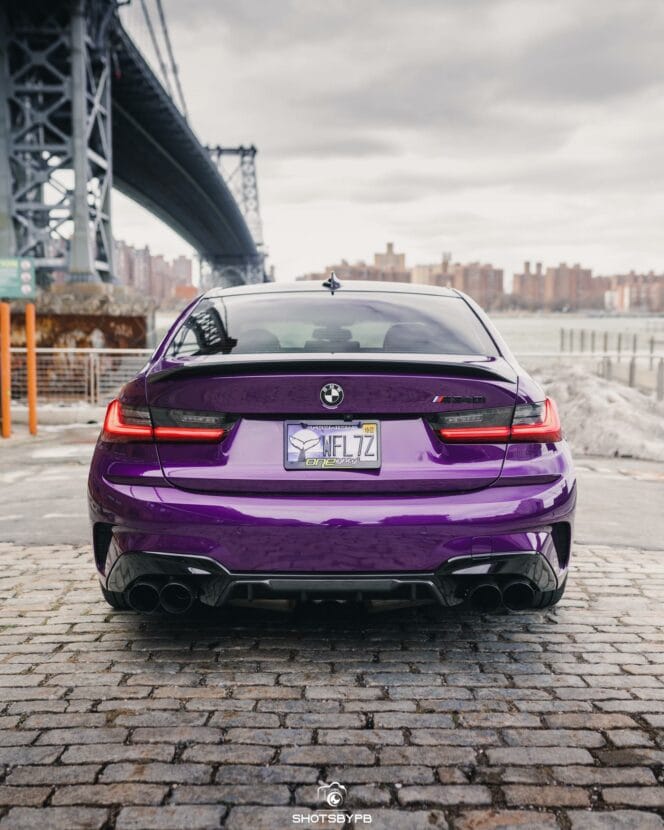 In the back, the overall dark theme of the car flows nicely with the Twilight Purple color choice, while the trunk spoiler and the aggressive diffuser remind us of the qualities of the M340i sedan. Speaking of those qualities, under the hood of the M340i lies a 3.0 liter turbocharged I6 engine that makes 382 hp (North America, it’s a bit less powerful in Europe), making it the most powerful and fastest non-M 3 Series ever.

The BMW M340i gets an eight-speed automatic gearbox as its only option and can be had in either rear-wheel drive or xDrive all-wheel drive. According to BMW, 0-60 mph comes in the low four-second range. But we managed to do a bit better than that. Without any further ado, let’s take a look at this marvelous car in the photo gallery below: