The new BMW 4 Series Coupe was officially revealed yesterday through a digital online release hosted from BMW Design Studio and Classic building in Munich. As we expected, the redesigned 4 Series ignited some pretty intense and passionate debates in the BMW community. Either like it or not, the new 4 Series Coupe certainly won’t […]


The new BMW 4 Series Coupe was officially revealed yesterday through a digital online release hosted from BMW Design Studio and Classic building in Munich. As we expected, the redesigned 4 Series ignited some pretty intense and passionate debates in the BMW community.

Either like it or not, the new 4 Series Coupe certainly won’t let anyone indifferent. The premium mid-class coupe from Munich is obviously a controversial model, but one must recognize that it bears quite a seductive and, at the same time, intriguing styling philosophy.

The new 4 Series Coupe is not here to be liked. The aggressive front fascia, with its ginormous kidney grille, highlights a clear statement: the G22 4 Series is a leader, not a follower. But, at the same time, as futuristic as it may look, the 4 Series Coupe also builds its defining aura and design language on a rich heritage of BMW Coupe predecessors. 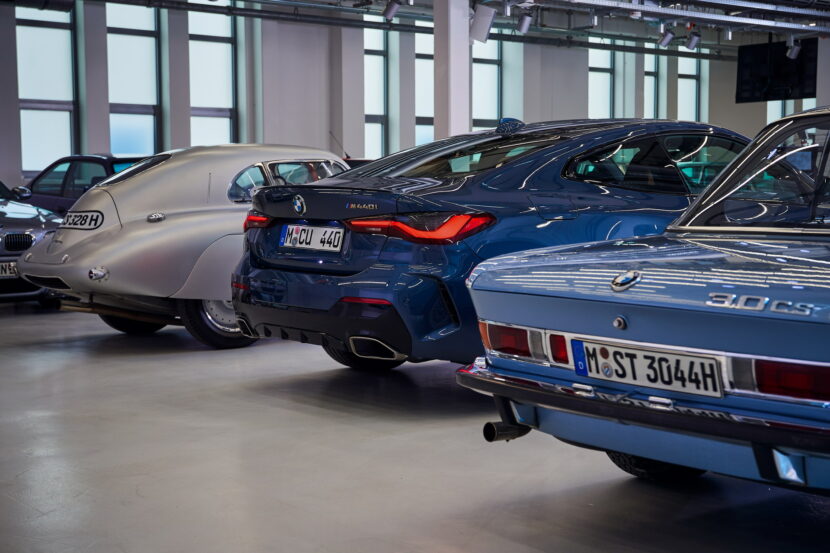 This is precise reason why the special unveiling ceremony was held in certain quintessential and iconic locations of BMW Group: at the design studio headquarters in Munich, at the test center facility in Ascheim and at the historic halls of BMW Group Classic. 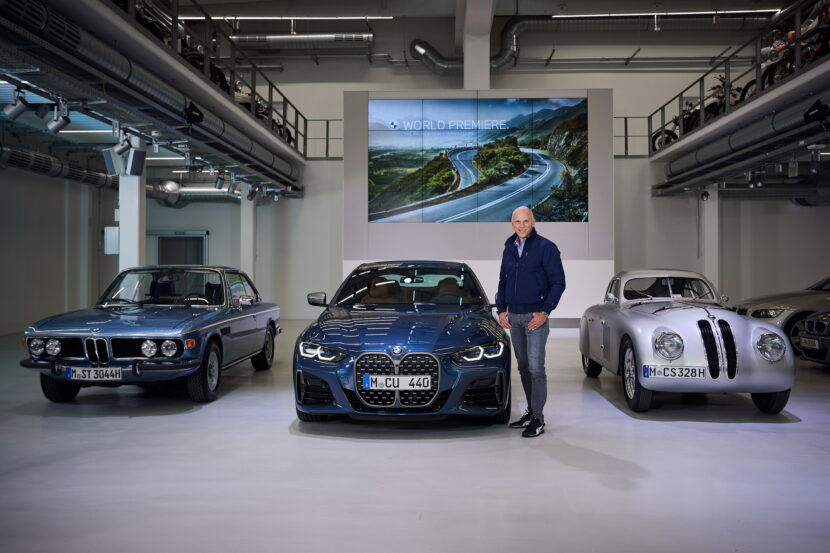 In the intro, Domagoj Dukec emphasized the polarizing design of the new 4 Series Coupe, with a focus on defining a unique personality exclusive to this model and further set it apart from the 3 Series Sedan. 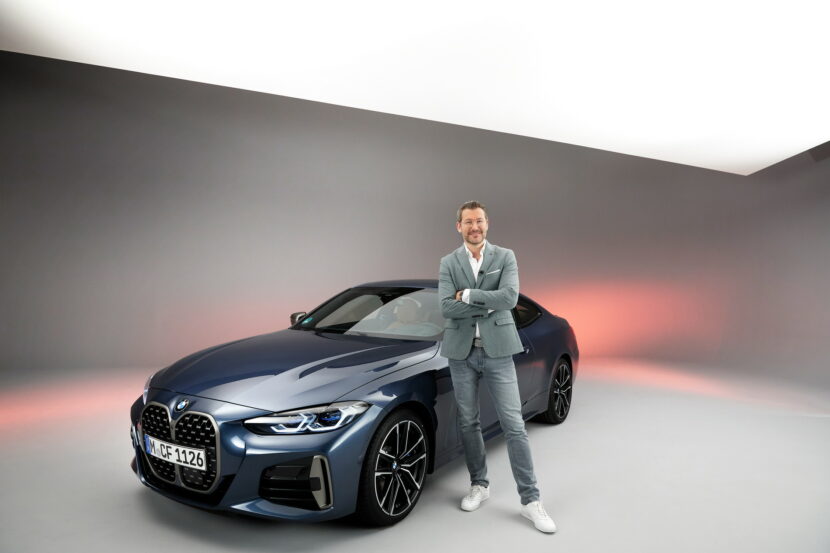 The key visuals of the new styling philosophy are the large-sized, upright BMW kidney grille with a certain forward-pointed angle (harking back to the classic shark nose models), the elegant flank sculpturing, the overall svelte and dynamic silhouette and the reinterpreted Hofmeister kink.

Thus, the new 4 Series Coupe builds a significantly sharper character and has a more powerful look than the preceding model. Dukec further commented: “The new BMW 4 Series displays the signature BMW proportions in their most modern form yet. The front end makes a very clear statement on the road. The striking, vertical kidney grille and iconic twin headlights create a bold and confident identity.” 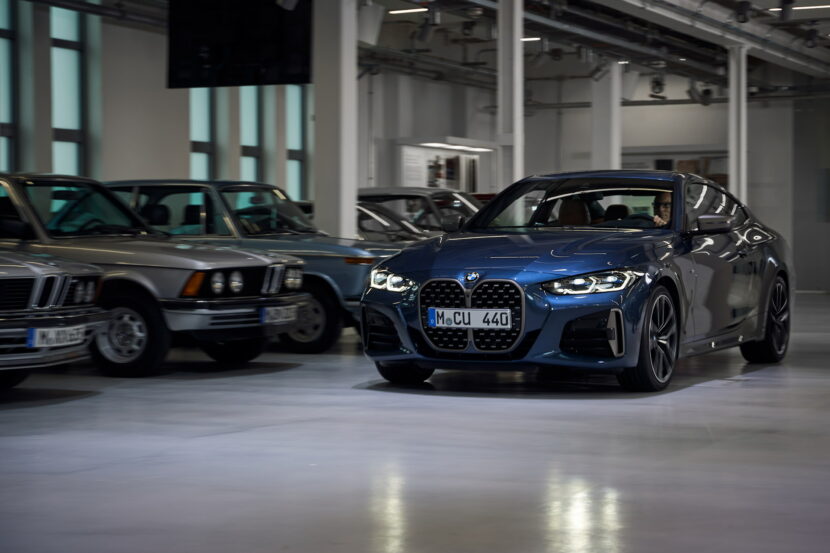 Next went, Pieter Nota who talked about the strong BMW Coupe heritage which also inspired the new 4 Series Coupe. Nota is pictured driving inside the BMW Group Classic historic halls.

He then emphasizes the strong inspiration for the design of the new 4 Series Coupe taken from the classic coupe models, such as the 328 Coupe of the 1930s and the 3.0 CSi of the 1970s. The reinterpreted, vertical kidneys of the grille are a symbol of the deep connections with the 2-door ancestors of the G22 model series.

“The new BMW 4 Series Coupé captures the very essence of BMW,” Nota said. “It is a future-focused interpretation of the brand’s enduring DNA.” 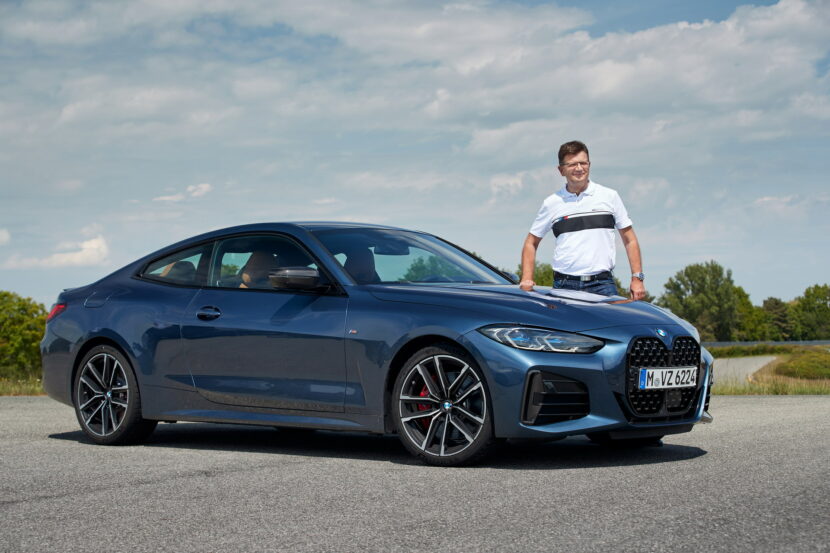 After the heritage tour ended, Klaus Fröhlich wanted to show everyone why the new 4 Series Coupe is the “truly ultimate driving machine”. He jumped behind the wheel of a M440i xDrive Coupe for a ride on the track at the Ascheim test center facility.

The high-end M440i version, set to go on sale in October 2020, features a precise and sharply tuned chassis, which renders the car an exceptionally dynamic and pinnacle driving performance, according to the BMW Chief of R&D. 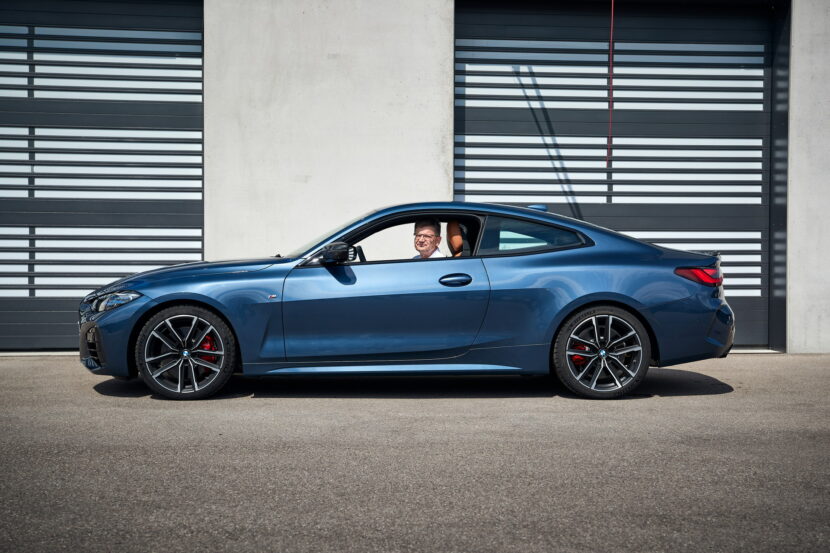 The re-engineered chassis boasts a wealth of technical measures, like additional parts stiffening and reinforcement, bespoke geometry, mounting and set-up, that are set to deliver an outstanding and self-confident ride at all times.

Fröhlich describes the new 4 Series Coupe as: “A pleasing harmony between chassis and powertrain. And the robust body enables very crisp chassis response.”

In terms of driving dynamics, he further went on to say that the new 4 Series Coupe manages to surpass the 3 Series Sedan, itself a standard of sporting prowess.

Klaus Fröhlich finishes up with a definitive and crystal-clear conclusion: “I think the team has done a good job – a very good job, in fact.” 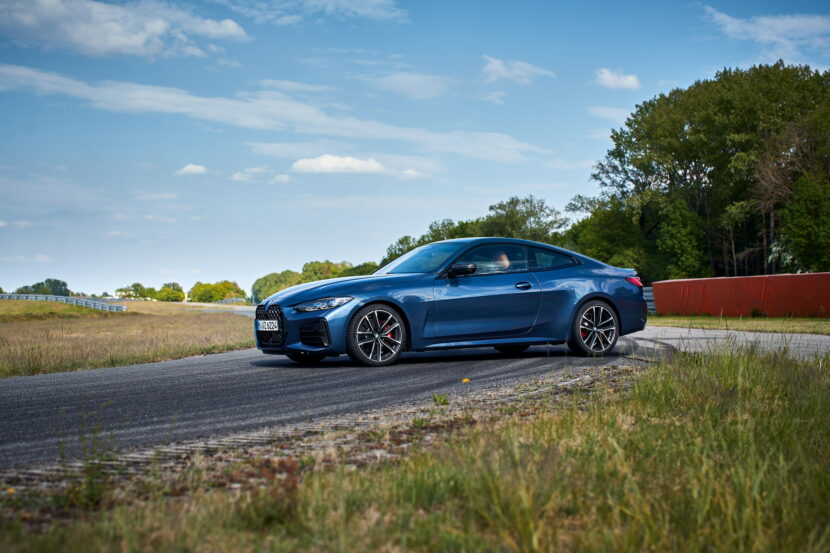