Remote Identification (RI), Universal Traffic Management (UTM), and drones connected to wireless networks are top of mind in the drone industry right now. To get the inside story on these topics, I sat down with Skyward President Mariah Scott and Skyward Co-Founder & Director of Aviation Network Technology Eric Ringer for an Executive Roundtable webinar […]


Remote Identification (RI), Universal Traffic Management (UTM), and drones connected to wireless networks are top of mind in the drone industry right now. To get the inside story on these topics, I sat down with Skyward President Mariah Scott and Skyward Co-Founder & Director of Aviation Network Technology Eric Ringer for an Executive Roundtable webinar on regulations, technology, and the innovation shaping the drone industry.

Here are their answers to 10 of the most frequently asked questions we received, all about Remote ID and UTM.

1. Will I need new equipment to comply with remote id?

No, in most cases. Under the proposed Remote ID rule, the Federal Aviation Administration (FAA) is requiring drones to “broadcast” Remote ID directly to its surroundings (through Bluetooth or Wi-Fi, for example) and to “transmit” the same information to the FAA via the internet.

Most drones today connect to a ground control station on a mobile device such as a phone or tablet. These drones ought to be able to transmit their Remote ID signals to the internet through their ground control station. As for the broadcasting aspect of Remote ID, many manufacturers believe this can also be accomplished using existing hardware through software updates.

This means that the vast majority of existing drones will be able to comply with the transmission aspect of Remote ID through software updates without any need for additional hardware. Keep in mind that the FAA issued a Notice of Proposed Rulemaking (NPRM) and is considering comments from the public. The FAA could make changes before issuing the final rule that would change how Remote ID would be implemented. 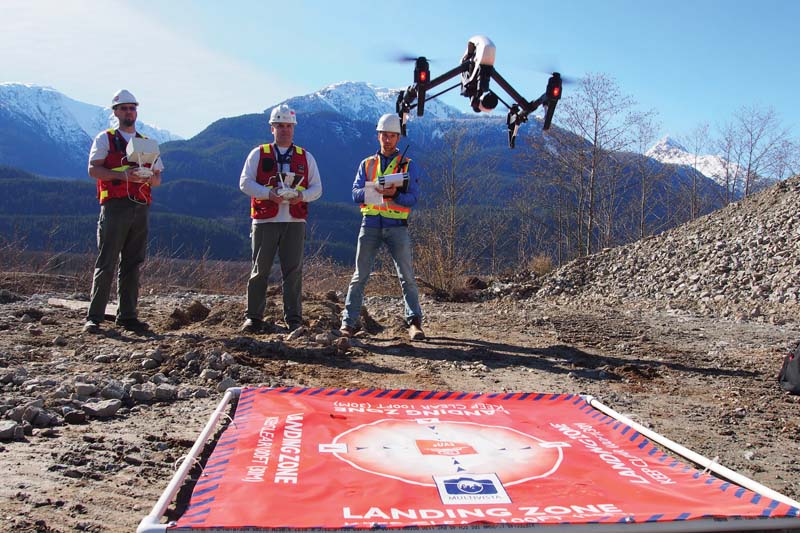 2. How much will Remote ID cost the operator?

Most drone operators already have the hardware, software, and internet connectivity needed to comply with Remote ID. As a result, the cost ought to be negligible for most operators.

As explained in question #1, most drones will be able to comply with Remote ID through software updates without additional hardware purchases.

In terms of software for Remote ID transmission, the operator’s ground control station will need to be supported by an FAA-certified UAS Service Supplier for Remote ID. Today, there are no Remote ID USS—but once the standards for Remote ID are finalized and published, any company can apply to the FAA to become a USS. Skyward, through our participation in the Remote ID Cohort, expects to become one of the early USS providers of Remote ID. We have already laid the groundwork for compliance with our Live Flight Tracking feature.

Internet connectivity is the third factor. Since most operators today are already using a ground control station on a smartphone or tablet connected to a cellular network, there should be no need for additional subscriptions or costs.

No, we do not believe Remote ID will prohibit or unfairly restrict recreational flier communities. The proposed rule sets guidelines for three levels of Remote ID. Aircraft unable to comply with standard or limited Remote ID will still be able to fly in designated areas without sending any Remote ID signals. You can learn more about the various levels of Remote ID in this article from Skyward’s Manager of Strategic UAS Initiatives.

4. Can I comply with Remote ID in areas without cell phone coverage?

Yes. The FAA’s proposed rule allows flexibility and multiple reasonable ways to comply. With a standard remote identification UAS, you’ll be able to meet the needs of the proposed remote ID UAS rule through your network-based remote ID service, and with the manufacturer’s broadcast to the environment over unlicensed spectrum. If the internet is unavailable, such as in rural areas, the FAA will not require transmission to the internet.

5: How will data privacy be protected with Remote ID?

Many people have commented to the FAA that, under the proposed rule, the location of the ground control station (and thus the pilot’s location) is one of the identification elements shared. One of the important elements we need to address as an ecosystem is the way we will protect the privacy of this and similar data, and the FAA could reconsider this requirement based on the many comments on this topic.

If Skyward is accepted as a USS, we will be required to send the FAA’s required message elements, but we are committed to meeting and surpassing industry standards for privacy and cybersecurity.

One of the reasons we think a network-based Remote ID solution is a better option than a broadcast solution is that signals sent over the network aren’t available to the general public and will be subject to additional cybersecurity requirements. Although the general public will have access to some of the basic message elements, only the UAS Service Suppliers, the FAA, and designated agencies such as law enforcement will be able to access detailed data.

As the FAA works with the Remote ID cohort to establish operating standards for Remote ID, privacy and data security is one of the most important conversations. Privacy concerns have been very well heard by the FAA and the Drone Advisory Committee, and as an FAA-approved USS, Skyward will strive to exceed the security requirements. 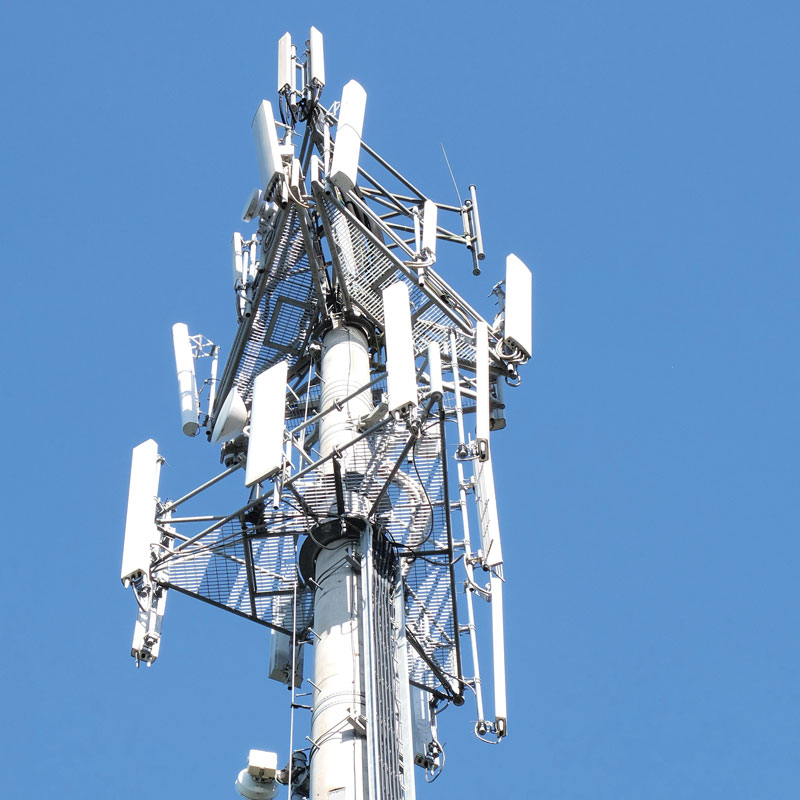 6. Does my drone need to connect directly to the wireless network to comply with Remote ID?

While cellular-connected drones are not required for Remote ID, they will provide distinct advantages when flying long distances and advanced missions. Connecting a drone to the network could change the operational paradigm: today, it is one pilot flying one drone. Eventually, one pilot will be able to monitor the deployment of several drones. 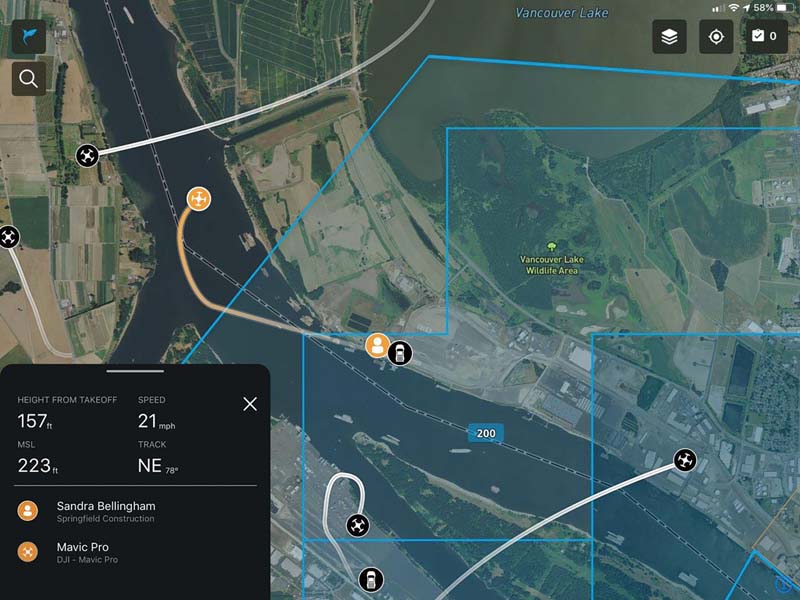 7. Who monitors compliance and enforcement related to Remote ID? What is the penalty for failing to comply?

The FAA’s Office of Chief Counsel Enforcement Division can bring a civil action. One of the primary stated purposes of Remote ID is to enable local law enforcement and sensitive site owners to obtain identifying information and pursue violations of state or local law.

Anyone who fails to comply with Remote ID will be subject to a civil penalty from the FAA. That penalty can be up to $1,466 for individuals (or $20,000 if that person is knowingly or recklessly interfering with a law enforcement, emergency response, or wildfire suppression) and $33,333 for large companies, per violation.

8. Will Remote ID enable law enforcement to track bad actors? Can Remote ID help drones detect and avoid each other?

Unfortunately, these use cases are beyond the scope of Remote ID alone. In implementing this system, the FAA has focused on solving some of the challenges with the ecosystem rather than attempting to solve all of them at once. A more robust system of UTM will be years in the making, and Remote ID is another step in that direction.

Remote ID won’t be able to replace counter-drone solutions that protect things like critical infrastructure and airports. However, Remote ID can help narrow the playing field. Since Remote ID will help to identify drones flying according to the rules and confirm they are being flown by licensed personnel, law enforcement may be able to more easily identify bad actors who aren’t complying and focus more attention there. Furthermore, although Remote ID will have limited capability for real-time drone detection, Remote ID message elements may be stored for some period of time, allowing law enforcement to investigate reports of malicious drones. 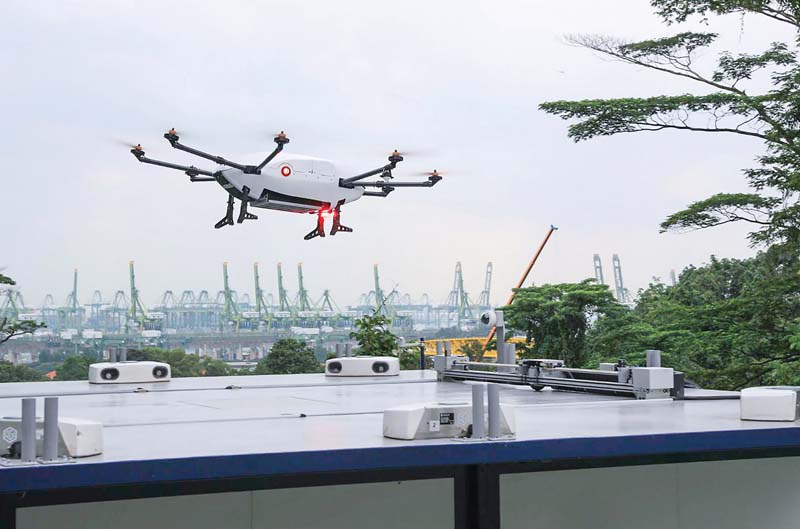 9. Will Remote ID integrate with ADS-B or other traditional aviation technologies?

No, Remote ID is not designed to locate or identify traditional aviation. Instead, it is a capability specifically designed for the UAS industry.

In the future, however, Skyward envisions a system of Universal Traffic Management that includes all the aircraft in the sky, not just drones. In the long term, we expect a variety of systems on both crewed and uncrewed aircraft to work together to manage all types of air traffic. We have already created a prototype system that integrates some crewed-aircraft data into our Live Flights feature. As discussed at the latest Drone Advisory Committee meeting, more and more thought leaders in the industry agree that coordinating with the existing general aviation aircraft will be a key component of an effective and scalable UTM system.

10. What is the current status of UTM? How far are we from implementing this system?

The industry has already taken some of the first big steps toward UTM. Starting with LAANC, regulators in the U.S. started thinking about a digital airspace solution. We think remote identification is the next step along that path. We’re working with local, state, federal, and international regulatory bodies to develop interoperable standards. As we innovate new regulatory frameworks, everything is going to build on top of those initial building blocks.

Matt Fanelli is the Director for Strategy at Skyward, A Verizon company. In this role, he leads the company’s policy and regulatory efforts by working with the FAA on the Low Altitude Authorization and Notification Capability (LAANC) and on the recent Remote Identification and Tracking ARC as well as serving on numerous UAS committees. Prior to his work on the regulatory front, Matt was general counsel for Skyward and managed all commercial partnerships. 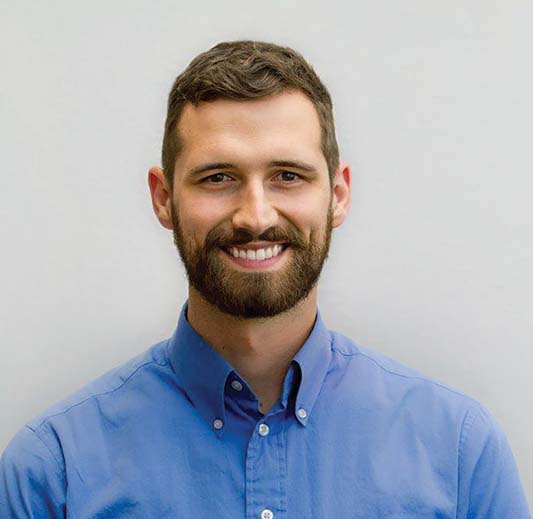 previousRansomware threat kept us up at night

nextUS TikTok users prepare for a possible exit from platform