For most BMW enthusiasts, the lack of a proper M5 Touring in the current lineup is a constant thorn in the side. However, European enthusiasts have the benefit of something even better, something that us American enthusiasts are denied — the ALPINA B5 Biturbo Touring.

What is the ALPINA B5 Biturbo Touring? Well, it starts out life as a sort of BMW M550i Touring but becomes so much more. ALPINA takes the N63 engine under the hood, slaps two all-new (see: larger) twin-scroll turbochargers to it, a new intercooler, a new radiator, intake manifold and ECU tune, to name just a few. We’ve said it before, an ALPINA engine is so different from the standard BMW engine, that it shouldn’t even be considered a BMW engine anymore.

It also gets a suite of ALPINA-specific tuning, including tuning to the transmission, suspension, all-wheel drive system an braking. If you’ve driven any ALPINA, you’d know that they feel drastically different from the BMWs on which they’re based. While the BMWs themselves are great, there’s something truly special about the way any ALPINA feels. 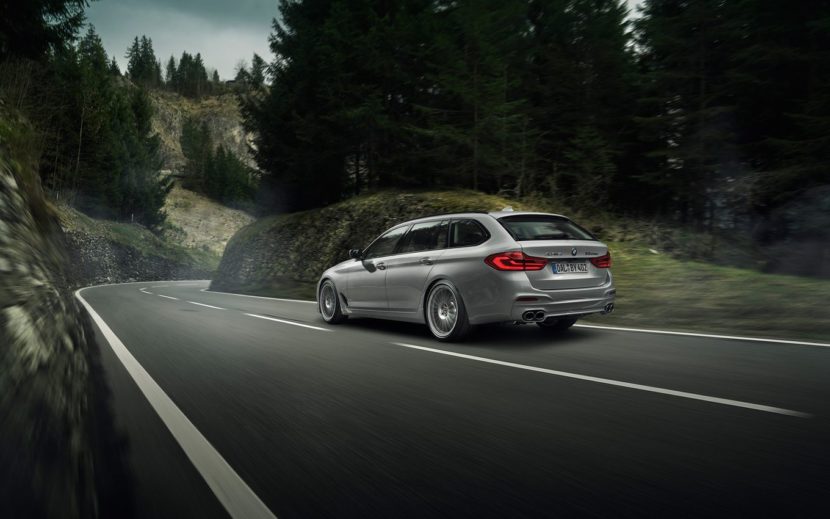 According to this new Top Gear review, the ALPINA B5 Biturbo is among the brand’s best and could be the ultimate family vehicle. There’s just something so wonderful about being able to drive at triple-digit speeds (only on the un-restricted Autobahn, of course), for hours on end with ease and the ability to do so with five people and a dog on board is remarkable. Obviously, we’re not condoning triple-digit speed with your family on board but knowing that it can do that makes it extra cool.

While BMW doesn’t make an M5 Touring, the ALPINA B5 Biturbo Touring is probably a better alternative anyway. Not that it’s better to drive, because they’re apples and oranges, the M5 and B5, but because it’s probably the better family car, which is really what buying a wagon is all about.