These days, even pets need e-commerce deliveries; and the global $232 billion pet industry ($103.6 billion in the U.S.) is rushing to accommodate the industry’s annual 11% growth rate. Chewy, the leading pet specialty eTailer with $3.5 billion in annual sales, opened its first fully automated fulfillment center, and plans to retrofit three more over the next 14 months.

Mike Gilbert, vp of operations, “expects a 45% improvement in operational efficiency in terms of cycle time between “a customer order submission and a box landing on a truck. He also expects greater picking accuracy and 30% lower fulfillment costs.” For example, inventory imbalances cost Chewy $20 million amid pandemic demand, which goods-to-person robot automation will help to mitigate, according to CEO Sumit Singh (declined to name tech/automation vendors).

“This process is not only faster than manual pack-and-ship, but it also reduces the amount of corrugate and packaging materials used per order, which then reduces costs and is better for the environment,” Singh said. 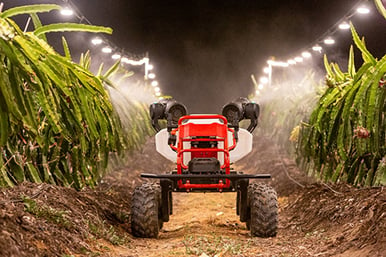 With Japan’s dire labor shortages in agriculture (most Japanese farmers are 70+ years of age), field robots are targeting the most severe needs in fields and orchards. Japan’s precision agriculture roadmap intends to adopt digital technologies, like field robots and artificial intelligence to renew industry growth in the country’s quickly-aging agricultural economy.

Guangzhou, China-based XAG, manufacturer of the R150, and, according to its website, “dedicated to bringing drones, robots, autopilot, artificial intelligence, and Internet-of-things into the world of agricultural production,” is seen as a perfect partner for Japan’s future agricultural needs. What XAG calls Agriculture 4.0.

Additionally, with the drastic reduction in the population of native honeybees for plant pollination, the XAG R150 comes with an added bonus: pollination capabilities using its on-board JetSprayer. The robot sprays a special solution of liquid pollen for both ground plants and fruit trees. The R150 runs autonomously on a pre-set route or, from a distance, an operator can adjust the spray angle and spread width using a smartphone app.

U.S.-based Farmhand Automation (Biddeford, ME), in an effort to help small to medium farms “scale operations and to address growing food security pressures posed by climate change,” has developed “a low-cost, all-electric robot to handle the arduous task of weeding fields.” 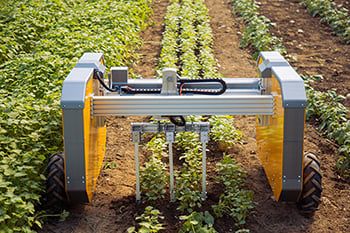 Using $500k in Maine Technology Institute grants, Kennebunk (ME) native Alexander Jones, plans for his early-stage robot farm hand to conduct trials in 2021 and is targeting late 2022 for a commercial launch.

The company employs three staffers plus one contractor and is looking to hire three additional software development and mechanical engineering employees within the next six months.

In an interview, Jones described the company’s mission: “We wanted to figure out how to reduce the cost of starting or growing a farm. Sixty percent of a farm’s cost is labor. A lot of that labor is for basic repetitive tasks like weeding or turning over the soil. Those are jobs that are underserved. But much of the workflow can be automated with simple tools. That’s what we’re approaching with robotics.”

Recycling is a booming business in the U.S. Annually, between 5 and 10 new, automated recycling plants or MRFs (material recovery facility) are built at an average cost of $20 million each. Retrofitting older plants with automated recovery systems is also booming, but 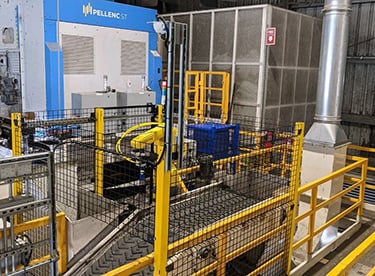 many times hit a snag over the large size of the available robot recovery cells, especially the large Delta robots. Smaller would be better.

Everest Labs (Fremont, CA) has just released a new breed of robotic sorting systems for MRFs. Not only are they smaller and more compact, but the company says they are faster and can perform more picks; plus, they can “fit in a wider range of MRF settings compared with previous robotic equipment.”

The more compact robot recovery cells, says the company, are also more efficient with a rate of 208 picks per minute, which it calls “a 49 percent increase in object picks compared to legacy delta robot installations.”

Since Japan manufactures 60% of the world’s industrial robots, Son’s “iPhone moment” really means the world needs to get ready for the AI-infused robots in every industry. 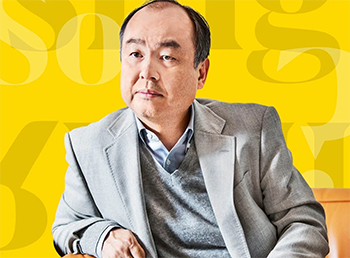 In a speech at SoftBank World 2021, Son claimed that “smart robots that work longer and are more productive than humans will be the key to kickstarting Japan’s lackluster economy.”

“Smart robots using AI,” said Son, “can work three times as long as humans and 3.5 times more productively, so they are 10 times more competitive than humans,” Son said. “If 100 million units are introduced in Japan, it will be reborn as a country equivalent to one with a labor force of 1 billion people.”

Such a transformation would be a boon to countries experiencing the aging of their workforces, especially the world’s developed nations. East Asia’s dramatic decrease in workers might be of particular interest to investigate the use of “smart” robots.

Addverb Technologies (Noida, Uttar Pradesh) is getting very bullish on robotics. It’s CEO Sangeet Kumar just announced: “The company aims to be in the top five global robotics companies by 2025.”

Known for its AMRs (autonomous mobile vehicles), software, and AS/RS shuttle systems, Addverb is expanding both at home and going global simultaneously.

The company’s Noida-based manufacturing facilities (recently inaugurated in March) will increase output by a factor of 10, upwards of 50,000 robots annually. Kumar claims the factory is the most advanced in India: a place where robots make robots.

Kumar also announced international expansion for Addverb with operations in Singapore, Australia, Europe and, at the end of 2021, is looking to launch operations in the U.S. 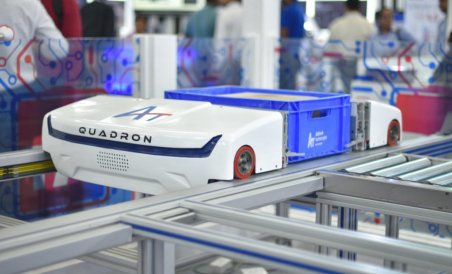