I just recently watched the new Marvel movie, Shang Chi and the Legend of the Ten Rings. While it doesn’t exactly have a car chase sequence, there are some noticeable BMW product placements. After that, I also recently watched Home Sweet Home Alone, Disney’s latest attempt at reviving a dying franchise with questionable results (I […]


I just recently watched the new Marvel movie, Shang Chi and the Legend of the Ten Rings. While it doesn’t exactly have a car chase sequence, there are some noticeable BMW product placements. After that, I also recently watched Home Sweet Home Alone, Disney’s latest attempt at reviving a dying franchise with questionable results (I have a young son, he thought it was hilarious) and that also might have had a BMW product placement. Which got me thinking: what’s the best movie featuring BMWs?

There are quite a few great BMW-related moments in movies. The Mission Impossible franchise has partnered with BMW for many years now and has used Bimmers in some intense car sequences. Even the new Black Widow movie had a pretty decent car chase with a BMW X3 M40i. But which one stands out above the rest? For me, there two silver-screen moments for BMW that are clearly better than all others.

The first and likely the best in Ronin, the ’90s spy thriller featuring Robert De Niro. As BMW enthusiasts, you have to know the scene, in which an E34 BMW M5 ends up in a killer car chase, as it’s chased by a ’90s Peugeot 406. The Bimmer is driven by Natascha McElhone and the Peugeot by De Niro and it’s easily one of the best car chases ever put on screen. The movie also features a create chase between a Citroen and an Audi S8. If you like ’90s German metal (who doesn’t), Ronin is an great flick. Oh, and it’s an interesting spy thriller with a great cast, so there’s that, too.

My second choice, however, has to be the chase from Mission Impossible: Fallout, in which Tom Cruise’s character, Ethan Hunt, drives an E28 BMW 5 Series through the streets of Paris. For starters, he drives an E28 5 Series. How cool is that? However, it also features some incredible stunt driving (mostly by Cruise himself), and fantastic cinematography. It’s a beautifully shot scene that feels visceral and real, while also showing off some kick-ass driving in an old Bimmer. 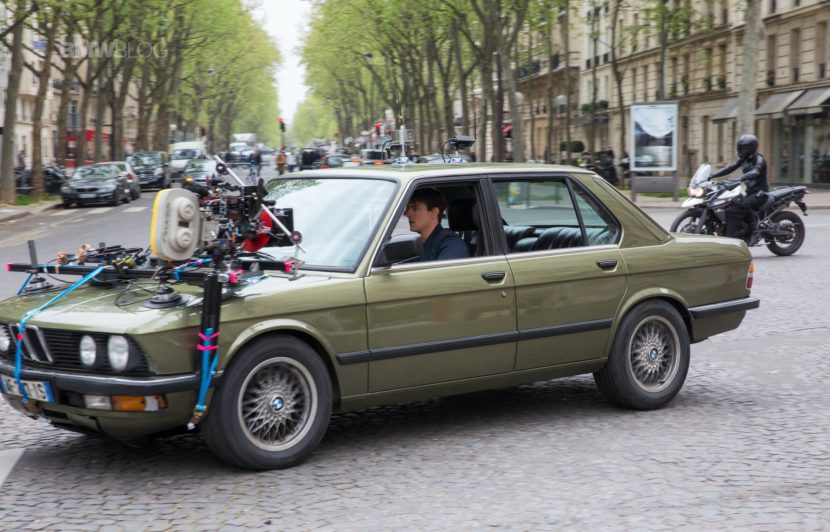 However, as a Marvel movie nerd, I have to give an honorable mention to Black Widow. While the movie itself was okay, the car chase was one of the best parts. The admittedly brief scene featured Scarlett Johansson’s titular character driving a BMW X3 M40i through Budapest and mayhem obviously ensues. While it’s not on the same level as Ronin or Mission Impossible, seeing a BMW featured in a massive budget Marvel movie was pretty cool. After more than a decade of admittedly cool Audi product placements, it’s very cool to see BMW in the Marvel universe now.

Those are my two favorite BMW movie scenes but there are other great ones, including some James Bond moments as well. What are your favorites?